Voting is under way--some late updates 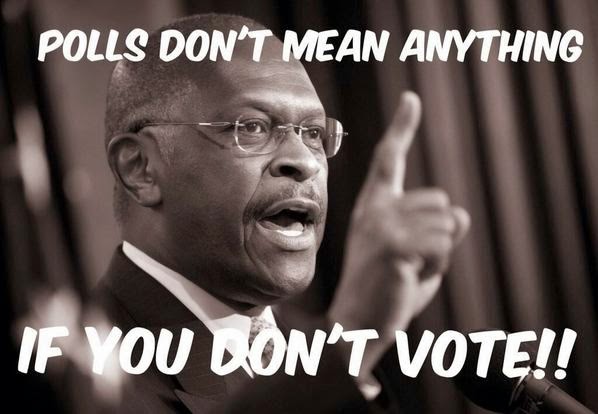 Poll Closing Times. By Jim Geraghty, Morning Jolt
http://www.nationalreview.com/newsletters
Morning Jot is free and worth your time to read. ~Bob

The first key state to have polls close will be . Some folks say that if Mitch McConnell wins big, expect a big night for the GOP, but color me skeptical that a deeply anti-Obama state is a perfect indicator of the national mood. Whether or not you believe 2014 is going to be a “wave” election, waves don’t always crest equally across the country.

At 7 p.m. Eastern, polls in part of close, but the panhandle is still voting. Think the networks remember, or has it been too long since 2000?

A quick detail about New Hampshire:
NEW HAMPSHIRE permits its 13 cities to keep their polls open until 8 PM Eastern Time by local option — however, as there ARE only 13 cities among New Hampshire's 234 County subdivisions [the 221 "non-cities", of course, being the proverbial New England Town(ship)], the fact is that the vast majority of NH's polls have closed by 7 PM Eastern Time and the networks have no problem considering this hour as the earliest hour of potential projection.
Expect a long count for .

The 7 p.m. crowd includes , but expect the counting for that one to stretch on a while. Polls in close at this hour, and Mark Warner will be expecting a quick call.

At 7:30, polls in close. This one might be the most key one of the night; if Kay Hagan loses, Democrats almost certainly lose the Senate.

At 8 p.m., the great bulk of states on the East Coast close their polls. For Senate watchers, the biggest deals are and the accumulating returns in , , and at that hour. In fact, once we know the winner in those four, we’ll know pretty well how the night went for Republicans. Keep in mind I picked the Democrat to win and , the “independent” to win , and to go to a runoff . . . and the GOP still controlled the Senate.

At 8 p.m., how many milliseconds will it take the networks to call the governor’s race?

8:30 p.m.: , which has completely dropped off most people’s lists of competitive or exciting Senate races.

At 9 p.m.: . Vote-counting may go quicker than you think because of the enormous early vote.

On paper, should be dramatic, but we’ll know it’s going to a runoff early.

At 10 p.m., polls close in . Expect the counting for this one to go on well past bedtime. Most concur with Harry Reid’s assessment that the party that wins this Senate seat will win control of the Senate.

doesn’t close its polls until midnight Eastern time. So this, too, will leave the question of which party controls the Senate up in the air until the early morning hours of Wednesday. 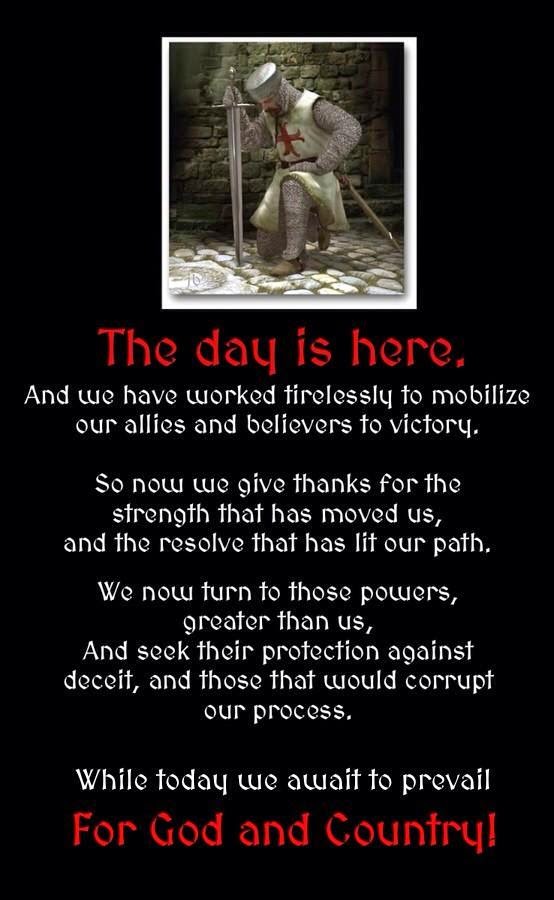 This Was An Election About A Failed Presidency. By Ben Domenech
http://thefederalist.com/2014/11/04/this-was-an-election-about-a-failed-presidency/
Excerpt: For Obama, the presidency, to paraphrase Chesterton’s line about the Christian ideal, was not tried and found wanting – it was found difficult; and left untried. The problem begins with Obama’s vision of himself, a vision completely unlike the presidents who did not view themselves as world-altering historical figures from whom opponents cower and melt away, and toward whose will history bends. The idea that Obama attempted change and was trapped by existing unchangeable systems is nothing more than a comforting delusion, whispered by courtiers to the god-king who cannot understand why others did not bow down. He has become the worst kind of leader in American politics – a leader who feels the people no longer deserve him, and would prefer to dissolve them and elect another.

. By Jim Geraghty, Morning Jolt
http://www.nationalreview.com/newsletters
Let me blow your mind: As of the afternoon of Monday, November 3, an astounding 1,463,766 voters returned ballots in . Out of that total, 590,653 are registered Republicans; 469,900 are registered Democrats. That’s a 40.3 percent to 32.1 percent split in favor of the GOP and a 120,753 vote margin. That’s amazing. If you have a hand in Colorado GOP’s get-out-the-early-vote efforts, I want to shake your hand.

Interesting: Democrats can’t escape Obama. By Marc A. Thiessen
http://www.washingtonpost.com/opinions/marc-thiessen-democrats-cant-escape-obama/2014/11/03/ea7ee74a-6361-11e4-836c-83bc4f26eb67_story.html?wpisrc=nl_politics&wpmm=1
Excerpt: Why is Sen. Mary Landrieu (D.-La.) playing the race and misogyny card in the final days before the midterm elections? Why is Senate Democratic leader Harry Reid’s PAC running ads in  linking Republican Senate candidate Thom Tillis to the death of Trayvon Martin? Why is Sen. Mark Udall (D.-Colo.) so obsessively focused on abortion and contraception that he has earned the moniker “Mark Uterus”? Because the elections have become a referendum on President Obama — and thanks to Obama’s sagging popularity, Democrats have given up on winning over independents and are desperately seeking to mobilize their dispirited base. (Published Monday, but explains a lot. ~Bob)

Early Voting Exit Poll Shows Neck and Neck Races in . Libertarian Candidates Hold Key to the Election
http://www.hegllc.org/HEG/wp-content/uploads/2013/01/Georgia-Early-Voting-Exit-Poll_Release.pdf
Excerpt: The Hicks Evaluation Group and Apache Political conducted an exit poll of early voters in from October 28th-30th. Participants were surveyed about their selection in three statewide races: US Senate, Governor and State Superintendent of Schools. The survey found both Deal and Perdue in the lead and with slightly more than 50% of the vote and Richard Wood with a slight lead over Democratic Nominee Valarie Wilson in the race for ’s top educator. Both Democratic candidates, Michelle Nunn and Jason Carter are within striking distance, however, it appears that support for the Libertarian candidates is falling and coalescing around Republicans.

Posted by TartanMarine at 10:29 AM