The Crowded Road to Kyiv

To retain our deterrence abroad, we must tighten our belts at home, pump oil and gas, start to balance our budget, junk wokeism as a nihilist indulgence, and recalibrate our military.
By Victor Davis Hanson
https://amgreatness.com/2022/02/27/the-crowded-road-to-kyiv/
Posted by TartanMarine at 2:45 PM No comments:

Why the Russians are struggling

Why the Russians are struggling

The Road Out of Kyiv

Fleeing my hometown. Again.
https://bariweiss.substack.com/p/the-road-out-of-kyiv?utm_source=substack&utm_medium=email&utm_content=share&token=eyJ1c2VyX2lkIjo2NDg2NzYxLCJfIjoibUtteEwiLCJpYXQiOjE2NDYwMDc3ODEsImV4cCI6MTY0NjAxMTM4MSwiaXNzIjoicHViLTI2MDM0NyIsInN1YiI6InBvc3QtcmVhY3Rpb24ifQ.EYWKuOjIecjvmdX7aUffRVNXcOe4eTDJId0Iow0xq1A
Posted by TartanMarine at 6:24 PM No comments:

Brave Ukrainian woman tells Russian soldier: ‘Put sunflower seeds in your pocket so they grow when you die’

Brave Ukrainian woman tells Russian soldier: ‘Put sunflower seeds in your pocket so they grow when you die’

Posted by TartanMarine at 10:37 AM No comments: 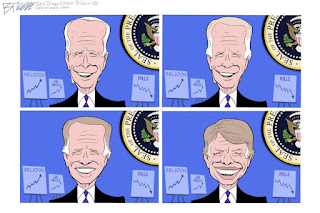 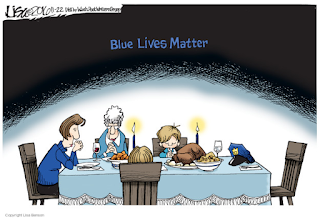 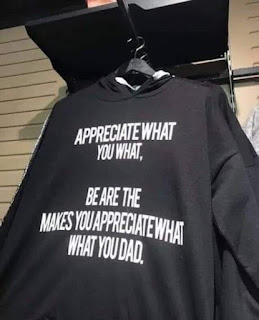 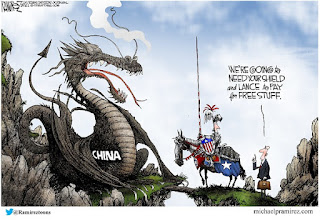 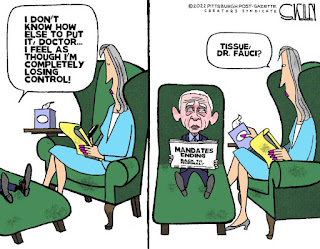 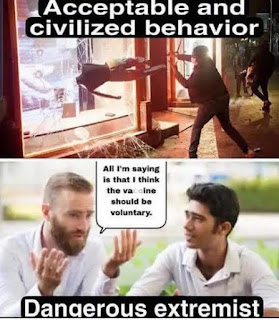 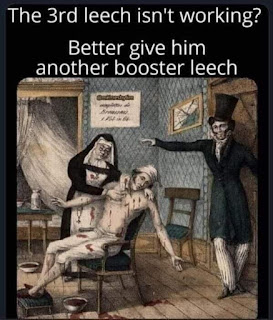 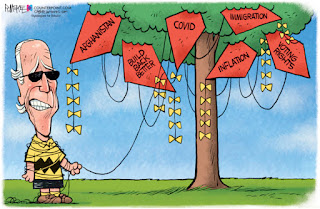 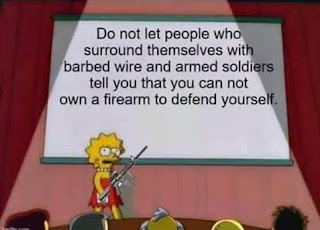 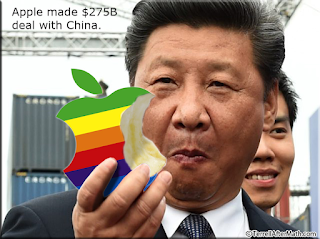 Posted by TartanMarine at 4:01 PM No comments:

Good Old Joe
Posted by TartanMarine at 2:08 PM No comments:

don't get all islamophobic now

Taliban judge says women can’t be judges because they ‘have lesser brains’
https://www.jihadwatch.org/2022/02/taliban-judge-says-women-cant-be-judges-because-they-have-lesser-brains
Posted by TartanMarine at 10:26 AM 1 comment:

A Second Opinion on COVID

Has 38 minute version you can click in
COVID Second Opinion
https://www.youtube.com/watch?v=g6NY71xvKHs
5 hours, worth seeing.
Posted by TartanMarine at 6:39 PM No comments:

This just keeps getting better and better.  Of course, it hasn't made it to the NYTimes yet, or CNN.  Must just be oversight somehow.  But it's all coming out and we can hope for some consequences to those who engaged in this criminal conspiracy.

France: Man who vandalized Muslim prayer room turns out to be a Muslim

https://apnews.com/article/joe-biden-business-united-states-terrorism-b2743737c3286dbba95a7663615e37be?utm_campaign=SocialFlow&utm_source=Twitter&utm_medium=AP
Excerpt: President Joe Biden signed an order Friday to free $7 billion in Afghan assets now frozen in the U.S., splitting the money between humanitarian aid for poverty-stricken Afghanistan and a fund for Sept. 11 victims still seeking relief for the terror attacks that killed thousands and shocked the world.
Posted by TartanMarine at 11:38 AM No comments:

A Color Map of the Fronts of World War III

​Wow, a great job on this one.

The ‘Open Everything’ Meltdown Exposes the Covid Psychosis

No mask for her

Stupid or Dishonest? Schumer Falsely Claims Supreme Court Was All White Until 1981 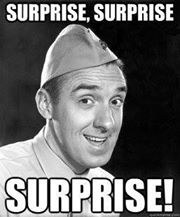 UN says Taliban have murdered over 100 ex-Afghan and international forces, contrary to promises of tolerance
https://www.jihadwatch.org/2022/02/un-says-taliban-have-murdered-over-100-ex-afghan-and-international-forces-contrary-to-promises-of-tolerance
Posted by TartanMarine at 12:08 PM No comments:

US Government Left As Many As 9,000 American Citizens In Afghanistan After Withdrawal, Senate Report Reveals

I was devastated to learn of the death of Ron “Count” Pittenger of a heart attack on January 25 which he suffered on the Sunday before. He was my oldest marine buddy, circa 1964. He was a folk singer both in the Marines and for a few years afterwards. A Vietnam vet, he served with the advisory team to the Korean Marines. He had just sold his house in Massachusetts (1/14), packed his car and headed to a sister’s in Melbourne, FL where he died. My world will be emptier without him.

The White House has developed herd immunity to reality. --NR

Black Lives Matter is the recruiting arm of the KKK and White Supremacists.

The Democrat Party is based on the proposition that there is a free lunch and people will vote for you if you provide it. Thus the current inflation.

“Many suffer from the incurable disease of writing, and it becomes chronic in their sick minds.” –Juvenal

For the vast majority of people, ideology trumps reality.

I do not believe that God approves of fanatics.

We are giving billions of your tax dollars to the folks who aided and abetted 9/11.

Coaching and Carping seem to go together.

Tee shirt suggestion for the Military: Only our congress can defeat us.

“We continue to await the day when ethnic heritage is a family treasure not a resume item. -NR

Why is college so expensive? I read that Yale has the same number of non-teaching staff as students.

We are doomed because we value appearances and feelings more than competence and ability. –George S.

Is there any country that lets Americans vote if they are not citizens?

"It doesn’t help to shy away from difficult issues because you’re stuck with them. They’re not going away. The best you can do is something worthwhile in the face of them." –Jorden Peterson

I was happy with our SS increase. Until I blew it all on gas and groceries in one day.

US Bank sent me an email telling me I could download my 1099s for the tiny interest they paid me from their site. I couldn’t find them, so called customer service. All I got was an ad. Finally got them by email.

“Patriotism, a sense of duty, and a feeling of obligation are the noblest and most necessary quality of any democratic system.” --Dwight D. Eisenhower. And we have mostly lost them. ~Bob

In 2020, Joe Biden carried 51.3 % of the popular vote and 51.3% of the House Districts. So much for the claim that Gerrymandering controls elections. (Data from NR.)

January 22 we got 4+ inches of snow. Or as we say in Wisconsin, a dusting.

One of our important goals should be to make the FBI non-political again.

I stand with MLK against BLM.

The most misused word in English is “Homemade.”

“I have many flaws but you can’t accuse me of maturing.” –Bill Maher

Any logic that results in anything other than racist is racist. –Denny

From a former staff member: “It has been a long time since we’ve been in touch just for the sake of saying it you were my favorite “boss” to date. … I appreciate your integrity, character and  big heart, you seemed tough but if one took the time to really see you they’d see how much you care about things.”

Get the collection! My “Random Thoughts” from 2009 through July, 2013 are collected in this book: The Old Jarhead's Journal: Random Thoughts on Life, Liberty, and Leadership by Robert A. Hall

The Old Jarhead’s Journal is a collection of Random Thoughts on politics and life and Conservative Political Essays, mostly published on the author’s blog, including the essay “I’m Tired” which went viral on the Internet in 2009, “The Hall Platform,” “This I Believe,” and “Why I’m a Republican.” While they will be of interest to conservative thinkers, they are collected here in book form as a service to readers who wish to give a copy to favorite liberals and watch their heads explode. All royalties are donated to the Injured Marine Semper Fi Fund.

Robert A. Hall is a Marine Vietnam Veteran who served five terms in the Massachusetts State Senate. He is the author of The Coming Collapse of the American Republic. http://www.amazon.com/Coming-Collapse-American-Republic-prevent/dp/1461122538/ref=sr_1_5?s=booksandie=UTF8andqid=1304815980andsr=1-5 For a free PDF of Collapse, e-mail him at tartanmarine(at)gmail.com. Hall’s twelve books are listed here: http://tartanmarine.blogspot.com/2010/07/new-book-published.html. His blog of political news and conservative comment is www.tartanmarine.blogspot.com. He currently volunteers as a writer-editor in the My Life, My Story program as the Madison VA hospital, interviewing vets and writing up their life histories.

Posted by TartanMarine at 5:12 PM No comments:

What Ails CNN by JIM GERAGHTY

Kamala.... has taken the red pill.  And appears on Fox to talk about it.What he says at the end is very significant.Delhttps://www.youtube.com/watch?v=5Qow3lo9QmU&t=27s
Posted by TartanMarine at 10:15 AM No comments:

Covid News You Aren’t Hearing About

How many unarmed blcks were killed by police in 2019?

Posted by TartanMarine at 10:21 AM No comments: