Robert A. Hall is a Marine Vietnam Veteran who served five terms in the Massachusetts State Senate. He is the author of The Coming Collapse of the American Republic. http://www.amazon.com/Coming-Collapse-American-Republic-prevent/dp/1461122538/ref=sr_1_5?s=booksandie=UTF8andqid=1304815980andsr=1-5 For a free PDF of Collapse, e-mail him at tartanmarine(at)gmail.com. Hall’s twelve books are listed here: http://tartanmarine.blogspot.com/2010/07/new-book-published.html. His blog of political news and conservative comment is www.tartanmarine.blogspot.com. He currently works part-time as a writer-editor in the My Life, My Story program as the Madison VA hospital, interviewing vets and writing up their life histories.

Posted by TartanMarine at 5:53 PM No comments:

https://www.amazon.com/s/ref=nb_sb_ss_i_2_12?url=search-alias%3Dstripbooks&field-keywords=freakonomics+by+steven+d.+levitt+and+stephen+j.+dubner&sprefix=Freakonomics%2Caps%2C201&crid=D0VC2CAL94Y7
A colleague suggested I read this book, and I’m glad she did. I knew about it for years, but the title put me off. I assumed it was another attack on free markets. It is anything but. In fact, the the authors say, quite correctly, it has no unifying theme. It is really their answers to a series of interesting questions, like do sumo wrestlers and real estate agents cheat, or what caused to sharp drop in crime in recent decades. Even if you disagree with them, I think you will find it both entertaining and interesting.

Posted by TartanMarine at 5:33 PM No comments:

Alan J. Kellner: The green and gold rely on some red -- just don't call it communism
https://madison.com/wsj/opinion/column/alan-j-kellner-the-green-and-gold-rely-on-some/article_1a1b8a12-10b9-5fa4-b789-ac0e59aeb156.html
Dear Editor. In Alan Kellner’s long panegyric to collectivism, he expresses surprise that his working-class father loathes communism despite not having read Marx. Maybe dad has read history and is aware that communist regimes murdered well over 100 million of their own people in the 20th century. Maybe he knows that there has been no communist regime without one-party rule, or one that allowed freedom of speech, freedom of religion and freedom of the press.
Maybe dad understands that free markets have raising hundreds of millions of people from poverty. Maybe he know that when India and even autocratic China instituted some free-market reforms, the numbers of the middle class increased by several orders of magnitude. Maybe he didn’t want to live in a society run like the USSR, China, Cuba, East Germany or, now Venezuela.
Maybe dad knew that even Denmark says it is not a socialist country. Or maybe he knew that Socialism and Communism inevitably lead to a planed economy, and always, always, to coercion, oppression and privation.
The brilliant economist Dr. Thomas Sowell, who grew up in a poor black family in the south, started his career as a Marxist. But he looked beyond the pretty theories to the results for real people and became a free-market advocate. Kellner should do the same. But with thousands of professors like him teaching the chimera of collectivism, I’m afraid future generations will have to go through the fire themselves. It is an open question if, once lost, they can ever get back to the prosperity and freedom of our current system.
Posted by TartanMarine at 5:05 PM No comments:

3rd Kavanaugh accuser has history of legal disputes
https://madison.com/news/nation/government-and-politics/rd-kavanaugh-accuser-has-history-of-legal-disputes/article_2b0deb9a-236f-5315-ad35-282c3dd3151b.html
Posted by TartanMarine at 4:38 PM No comments:

When a fire erupted in a senior citizens' building behind their barracks, here's how the Marines responded

When a fire erupted in a senior citizens' building behind their barracks, here's how the Marines responded
https://www.businessinsider.com/marines-rushed-to-rescue-senior-citizens-from-a-burning-building-in-dc-2018-9
Posted by TartanMarine at 1:12 PM No comments:

A forgotten soldier on a forgotten front - BBC News

A forgotten soldier on a forgotten front - BBC News
https://www.bbc.co.uk/news/resources/idt-sh/A_forgotten_soldier
Posted by TartanMarine at 12:39 PM No comments:

the right to be believed 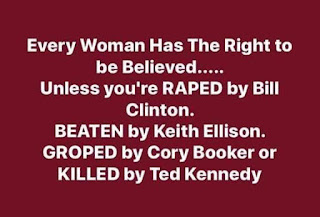 Posted by TartanMarine at 5:02 PM No comments:

Stealth Conservatism in a Black Lives Matter Movie
https://www.nationalreview.com/2018/09/black-lives-matter-movie-stealth-conservatism/?utm_source=Sailthru&utm_medium=email&utm_campaign=NR%20Daily%20Monday%20through%20Friday%202018-09-28&utm_term=NR5PM%20Actives
Posted by TartanMarine at 4:58 PM No comments:

Socialism in Nicaragua
Nicaraguan bishop laments death of teen during anti-government protests
https://www.catholicnewsagency.com/news/nicaraguan-bishop-laments-death-of-teen-during-anti-government-protests-19698
Posted by TartanMarine at 2:35 PM No comments:

Facebook says 50 million user accounts affected by security breach
http://www.foxnews.com/tech/2018/09/28/facebook-says-50-million-user-accounts-affected-by-security-breach.html
They are very angry, because they expect to sell the info, not have it stolen. ~Bob
Posted by TartanMarine at 2:29 PM No comments:

Posted by TartanMarine at 2:27 PM No comments:

Judiciary approves Kavanaugh, sending nomination to full Senate after Flake request
https://thehill.com/homenews/senate/408915-kavanaugh-confirmed-by-senate-judiciary-committee
Excerpt: EXCERPT: Flake earlier had announced his support for Kavanaugh, but then disappeared from the committee room as lawmakers offered hours of statements on the proceeding. When he returned to speak, he said he would vote to advance Kavanaugh in exchange for a one-week delay in a Senate floor vote on his nomination. “I think it would be proper to delay the floor vote for up to but not more than one week in order to let the FBI to do an investigation limited in time and scope,” he said. Flake was reportedly in discussions with Sen. Christopher Coons (D-Del.) and other members of the panel. (My theory: Flake, Collins, and Murkowski don't want to vote for Kavanaugh but lack a legitimate reason not to. I think they want to extend the process in the hope they'll find something to justify a "no" vote without looking like the backstabbers and traitors they'll be if they do that. Let's take the vote Tuesday and if the nomination goes down, so be it. Kavanaugh says he'll go with the committee. Then we'll know we'll have some Republicans in the Senate who liked Kennedy as a swing vote just fine and the conservative hopes (decades old) of a conservative court will probably be sacrifice to moderate Republicans. But oh, oh, oh, they are so conscientious, so want to do "the right thing." Bull! --WT)
Posted by TartanMarine at 2:25 PM No comments:

Local Muslims Stone Three Christians to Death During Protest
https://www.persecution.org/2018/09/25/local-muslims-stone-three-christians-death-protest/
Posted by TartanMarine at 9:29 AM No comments:

Dramatic moment Dutch police grab terror suspects from inside a white van as they 'foil major attack with suicide vests, assault rifles and car bombs'
https://www.dailymail.co.uk/news/article-6215817/Seven-arrested-major-terror-attack-plot-Netherlands.html?ns_mchannel=rss&ito=1490&ns_campaign=1490
Time for the Dutch government to undertake a new study of how to combat “Islamophobia.” --RS
Posted by TartanMarine at 9:27 AM No comments:

THE GANG RAPE AND ATTEMPTED MURDER OF JUDGE BRETT KAVANAUGH AND FAMILY
https://acoloneloftruth.blogspot.com/2018/09/the-gang-rape-and-attempted-murder-of.html
Posted by TartanMarine at 9:25 AM No comments:

Judiciary Committee Talking to Two Men Who Think They Assaulted Ford
https://www.nationalreview.com/news/kavanaugh-hearings-senate-judiciary-committee-christine-blasey-ford/
Excerpt: However, the unidentified men in question told the committee in separate interviews that they, not Kavanaugh, were the one who had the encounter with Ford in the summer of 1982 that is the basis of her claim, the committee wrote in a timeline of the investigation. One of the men produced a detailed, written statement about his recollection...
Posted by TartanMarine at 9:27 AM No comments:

Jane Mayer: Accuser Told Ronan Farrow She Wasn’t Sure of Story
https://www.nationalreview.com/news/jane-meyer-accuser-told-ronan-farrow-she-wasnt-sure-of-story/
Excerpt: Jane Mayer said on Monday that Deborah Ramirez, who accused Brett Kavanaugh of sexually harassing her, told her New Yorker colleague Ronan Farrow that she couldn’t be sure of the Supreme Court nominee’s guilt. Confronted with a New York Times report indicating Ramirez expressed doubts about Kavanaugh’s guilt to former Yale classmates, Mayer said Ramirez shared those doubts before they published their bombshell report on Sunday. (and published anyway. ~Bob)
Posted by TartanMarine at 7:17 PM No comments:

(Muslim) Man Who Allegedly Had 2 IEDs in His Car in Brea Is Charged With 4 Felony Counts
https://ktla.com/2018/09/21/man-who-allegedly-had-2-ieds-in-his-car-in-brea-is-charged-with-4-felony-counts/?utm_campaign=trueAnthem%3A+Trending+Content&utm_content=5ba635ce04d301138c000c44&utm_medium=trueAnthem&utm_source=facebook
Excerpt: Saleh Ali, 47, was charged Thursday with intent to unlawfully make a destructive device, two counts of possession of a destructive device, and the sale and transportation of a destructive device, the Orange County District Attorney’s Office announced Friday.
Posted by TartanMarine at 7:07 PM No comments: