Imagine that: EXCLUSIVE: HILLARY SHARED AN EMAIL NETWORK WITH THE FOUNDATION
http://www.breitbart.com/big-government/2015/08/31/exclusive-hillary-shared-an-email-network-with-the-clinton-foundation/?utm_source=facebook&utm_medium=social

Worth : Trump’s Pal Al. By Jillian Kay Melchior
http://www.nationalreview.com/article/423337/trumps-pal-al-sharpton
Excerpt: Sharpton and Trump forged an unlikely friendship over boxing deals that has lasted for decades, through ups and downs. Even as the Tawana Brawley scandal unfolded and Sharpton faced a 67-count indictment involving how he used funding for his youth organization, Trump remained a prominent supporter of the agitator, numerous sources close to the two men tell National Review.

Trump Should Have No Place in the Party of Liberty and Limited Government
http://www.nationalreview.com/article/422916/donald-trump-immigration-deportation-republicans?target=topic&tid=

Worth : Is Donald Trump a 21st-Century Protectionist Herbert Hoover?
http://www.nationalreview.com/article/423141/donald-trumps-protectionism-is-worrisome-stephen-moore-larry-kudlow?target=topic&tid=1707

Worth : What Donald Trump Doesn’t Know about Trade
http://www.nationalreview.com/us-trade-trump-gets-it-wrong?target=topic&tid=

Worth : A Deep Dive into Trump’s Poll Numbers Shows Most Pundits Get Him Wrong
http://www.nationalreview.com/article/422924/donald-trump-poll-data-frontrunner-republicans?target=topic&tid=

Trump upends GOP message on economy
http://www.washingtonpost.com/news/wonkblog/wp/2015/08/31/trump-upends-gop-message-on-economy/?wpmm=1&wpisrc=nl_evening
Excerpt: Trump’s surging campaign has pushed the party in a different direction, one that often clashes with free-market principles that have long underpinned GOP economic policy. Some establishment Republicans worry that the turn could damage the economy, and their party, for years to come.

Interesting: Donald Trump is not a traditional Republican — including on some big issues
http://www.washingtonpost.com/news/the-fix/wp/2015/08/30/where-donald-trump-differs-with-republican-party-orthodoxy/?wpmm=1&wpisrc=nl_politics

Worth : The New Law of War Manual: The Good and The Bad. By Tom Kratman
http://www.everyjoe.com/2015/08/31/politics/the-new-law-of-war-manual-review/#ixzz3kQspJGaz
(Tom Kratman is a retired USA LtCol, an occasional contributor to this blog, and an outstand author of military science fiction, including the A Desert Called Peace series. http://www.amazon.com/Desert-Called-Peace-Carrera-Book-ebook/dp/B00B5HJOFY/ref=sr_1_1?ie=UTF8&qid=1426715332&sr=8-1&keywords=Peace+Kratman ~Bob)

Worth : How Proved Urban-Education Reform Can Work. By Jonathan Chait
http://nymag.com/daily/intelligencer/2015/08/how-new-orleans-proved-education-reform-can-work.html

BLACK ACTIVISTS CALL FOR LYNCHING AND HANGING OF WHITE PEOPLE AND COPS
http://www.breitbart.com/texas/2015/08/28/black-activists-called-for-lynching-and-hanging-of-white-people-and-cops/
Excerpt: "On 9/11 we will be burning American flags, confederate flags, police uniforms, and ALL representations of organized evil and oppressive nations. We also will be raising the Liberation flag and building on a new nation for the people. This is an INTERNATIONAL movement and a day of unity, progressive action, and liberation.   To all OPPRESSIVE AND ORGANIZED EVIL after #FYF911 the people will not be bound to you any longer!!  FUCK YOUR FLAG!! Hashtag #FYF911 to see what people are doing in your area." (End of Shemitah period around 09/15/15.  Black Liberation/Panther march on  09/16/15.   deal to be approved by 09/17/15.
A la Hillary, "What's it matter?" --Barb)

residents not happy with “pontificating” from Asst. Sec. of State
https://refugeeresettlementwatch.wordpress.com/2015/08/29/spartanburg-residents-not-happy-with-pontificating-from-asst-sec-of-state/
This is an important topic, forcing communities to accept an influx of foreigners who are not normal immigrants who have wanted and waited and tried for years to get here, who bring skills and a positive attitude towards this society.  Some of these groups that come in amount to mini-invasions of other cultures and ways of life, and it's insane for any society to bring in those who in effect are an infection rather than nourishment. --

ALLEGED COP KILLER CHARGED: ATTENDED SAME UNIVERSITY AS SANDRA BLAND
http://www.breitbart.com/texas/2015/08/29/alleged-texas-cop-killer-charged-linked-to-university-attended-by-sandra-bland/
Excerpt: Authorities in have identified the alleged killer of a Harris County Sheriff’s Deputy as Shannon Juruary Miles, 31. Breitbart has learned that Miles has an extensive history with law enforcement in . (Media still reporting "shot for no apparent cause."--Barb)

"A Sickness of the Public Mind." The Flag and the Attack on Western Culture. BY BOYD D. CATHEY
http://www.unz.com/article/a-sickness-of-the-public-mind/
The cultivation of objectivity was a primary subject in my so-long-ago classes in Philosophy, reinforcing the same emphasis in the teaching of how to be a scientist, so I still work very carefully at trying to understand and discount my own biases on various subjects.  The Civil War is an area in which this drive for objectivity, combined with more and more exposure to the details of history, has led me to rethink my own beliefs, originally programmed in by History courses in high school. While there is no doubt that the issue of slavery is the fundamental cause and trigger for the war, and that there was rampant, deep racism in much of the South (but in the North as well), it is also clear now that other factors did enter into the tense relationship between the southern states and the North. Secondarily, and here's the really big thing, I can't see where the states did not have in fact a perfect right to secede.  I understand Mr. Lincoln's passion to safeguard the Union, and am glad in the end that it worked out that way, but I don't see how anyone can claim total legal right of the federal government to attack the Confederacy to destroy it and force those states back into the . What is of importance today is that it is not a good thing to have this mob psychology that says we must eradicate any symbol, and disrespect any official, of the Confederacy because some people are sensitized to that history.  The recent dropping of 's name from a Connecticut Democrat function because he owned slaves is a cogent example of throwing out the baby with the bath water.  This whole bit of righteous contempt for anyone and anything that doesn't fit perfectly into today's ideas of virtue is a perversion of freedom. --

A summer of Clinton stumbles gives way to an uncertain fall for Democrats
http://www.washingtonpost.com/politics/a-summer-of-clinton-stumbles-gives-way-to-an-uncertain-fall-for-democrats/2015/08/29/a4e5972e-4e57-11e5-902f-39e9219e574b_story.html?wpmm=1&wpisrc=nl_headlines
Excerpt: The Democratic Party, whose presidential race has been mostly overshadowed by Donald Trump and the Republicans, heads into the fall with its nomination contest far less certain than it once appeared and braced for a series of events that will have a significant effect on Hillary Rodham Clinton’s campaign.

HOW OBAMA’S ENVIRONMENTAL POLICIES ARE UNDERMINING THE MILITARY AND NATIONAL SECURITY
http://www.breitbart.com/national-security/2015/08/29/how-obamas-environmental-policies-are-undermining-the-us-military-and-national-security/

On Deportation: A Modest Proposal
http://www.americanthinker.com/articles/2015/08/on_deportation_a_modest_proposal.html

Obama administration renames Mount McKinley to Denali
http://www.usatoday.com/story/news/politics/2015/08/30/obama-rename-nations-tallest-mountain/71426656/
Obama renames for Chevy Truck to appease GM Unions:
http://www.gmc.com/sierra-denali-pickup-truck.html
But it's good to know that anything named "Obama" can be renamed when things return to normal. If they do. ~Bob

American Voters Dissatisfied, Angry, Distrustful, National Poll Finds; Wide Support For College Tuition Assistance
http://www.quinnipiac.edu/news-and-events/quinnipiac-university-poll/national/release-detail?ReleaseID=2275&utm_source=jolt&utm_medium=email&utm_campaign=Jolt08312015&utm_term=Jolt
A total of 71 percent of American voters are "dissatisfied" with the way things are going in the nation today, including 41 percent who are "very dissatisfied," according to a Quinnipiac University National poll released today. Only 2 percent are "very satisfied," with 26 percent "somewhat satisfied." (We don't like how things are going, but we support Hillary for more of the same and want more debt to give us free stuff! ~Bob)

Soda Tax Falls Flat
http://www.ncpa.org/sub/dpd/index.php?Article_ID=25992&utm_source=newsletter&utm_medium=email&utm_campaign=TPD
Excerpt: An ordinance in that intended to impose a tax on distributors of sugar-sweetened beverages, has so far failed to raise the prices of those drinks by what was expected. The purpose of this tax was to discourage soda consumption by raising retail prices. (Liberals screw with economy, get different result than expected. Chapter 9,785. ~Bob)

Worth : 6 thoughts about the state of the Democratic race. By Chris Post
http://www.washingtonpost.com/politics/six-thoughts-about-the-state-of-the-democratic-race/2015/08/30/d9d88ed8-4f19-11e5-8c19-0b6825aa4a3a_story.html?wpmm=1&wpisrc=nl_politics
Excerpt: #2. The Democratic political class is spooked. A New York Times report that detailed conversations with 75 high-level Democratic operatives and politicians was an absolutely brutal read for and her campaign last week. Former governor Ed Rendell’s quote — “They’ve handled the e-mail issue poorly, maybe atrociously, certainly horribly” — is just a total gut punch for the folks.

New Islamic State coins commemorate eventual conquest of “ and ”
http://www.jihadwatch.org/2015/08/new-islamic-state-coins-commemorate-eventual-conquest-of-rome-and-america
Excerpt: Meanwhile, our children are learning in our own colleges and universities that the men who made this video have valid points, and that their own civilization is a bastion of racism and oppression, and not worth defending. How do you think this will turn out?

Climate Movement Drops Mask, Admits Communist Agenda. Bay Area One Percenters drive their SUVs to to rail against the evils of the One Percent.
http://pjmedia.com/zombie/2014/09/23/climate-movement-drops-mask-admits-communist-agenda/?singlepage=true
OK, I've known for many years that there were still some out and out communist groups existing in the USA, but clearly was naive about just how many there are, and how active.  Also, I had not realized that they had jumped all over the Climate Change idea as a great way to try to recruit people to their causes.  But now that I see the article below, it makes good sense, at least from their point of view. Below is only the first quarter or so of the actual article, which is just packed with picture after picture of the groups, so many it's hard to keep track of them all.  is apparently a real hotbed of political extremists, again, more so than I thought.  Click on the link and you can read all the rest if you wish. Interestingly, communism as a cause is really weak in , and there are many ex-communists now in other parties, some of them on the Right.  The now undeniable dysfunctionality of communism as an economic system and its also undeniable record as a murderous and oppressive political system finally made most intelligent people abandon it.  Yet here, in the nation that has most benefitted from capitalism and freedom (yes, with its sometimes downsides and corruption), we seem to have more such fools than anywhere else. Is it the weather in CA that does this? --)

and the Psychic Benefits of Universal Coverage. By Michael F. Cannon
http://www.cato.org/blog/rwanda-psychic-benefits-universal-coverage
I came across this article just now, and found it really informative and educational.  Basically, we start off with this fantastic statement that in dirt-poor , everyone has free health care!  So these people in a 3rd world country are actually better off than Americans are.  Isn't that just mind-blowing, and doesn't it tell us how stupid and backward we really are as a country? But then there's those niggling little facts of how it really works and who really pays for most of what there is.  53% of the cost of that health care system is paid for by generous other nations, and guess who the #1 generous nation is?  Why dog my cats, it's the !  Hmm, how much of our health care system is paid for by other nations?  (OK, stop laughing now.) And what is that health care really about, what does it do for people?  Heart transplants, advanced cancer treatments, neonatal units for 2 lb premature babies, etc?  Well.... not exactly.  It focuses on the big killers of people there, to wit, "diarrhea, pneumonia, malaria, malnutrition, infected cuts".  In other words, conditions that aren't any kind of big deal here, and would be treated in an urgicare clinic or the ER by a nurse or at most a nurse-practitioner.  Comparing health care in to health care in the is like comparing a Model T Ford to an 18 wheeler. But it sure does make for good copy, doesn't it?  Actually, this kind of coverage by the NYTimes is the antithesis of real journalism, because it promotes misinformation rather than really valid knowledge and understanding.  But it fits in the whole PC narrative of what a terrible country we really are.  Pardon me, I need to go throw up now. --

That Wasn't a Picture of American Vets on DNC Website...By Dan Gilmore
http://patriotpost.us/posts/37289
It's pretty funny when you think of it.  How flat out dumb do you have to be to put a picture like this up and talk about how much the Prez likes to work with veterans. --

Reagan Warned Us About Obama
https://www.youtube.com/watch?v=P3hY1eagq88

U.S. launches secret drone campaign to hunt Islamic State leaders in Syria
https://www.washingtonpost.com/world/national-security/us-launches-secret-drone-campaign-to-hunt-islamic-state-leaders-in-syria/2015/09/01/723b3e04-5033-11e5-933e-7d06c647a395_story.html?wpmm=1&wpisrc=nl_evening
So secret it's in all the papers. I don't think the word means what they think it means. ~Bob

Nine Signs of the Impending American Collapse
http://pjmedia.com/blog/nine-signs-of-the-impending-american-collapse/2/
What I been saying since 2010: The Coming Collapse of the American Republic
http://www.amazon.com/Coming-Collapse-American-Republic-prevent/dp/1461122538/ref=sr_1_5?s=books&ie=UTF8&qid=1304815980&sr=1-5
All royalties go to a charity to help wounded veterans.

Interesting: The ' Koran' fragment that could shake Islam after carbon-dating suggests it is OLDER than the Prophet Muhammad
http://www.dailymail.co.uk/news/article-3216627/Koran-Birmingham-thought-oldest-world-predate-Prophet-Muhammad-scholars-say.html
Blasphemy! Kill the scientists! ~Bob

Too funny: Here are the greatest, classiest verses in the Trump Bible
http://www.washingtonpost.com/news/the-fix/wp/2015/08/30/here-are-the-greatest-classiest-verses-in-the-trump-bible/?wpmm=1&wpisrc=nl_politics

Too funny: I had to buy some protection (Probably a spoof)
https://www.youtube.com/watch?v=jFcUOwnfAsE 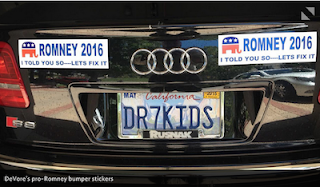 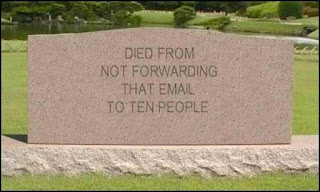 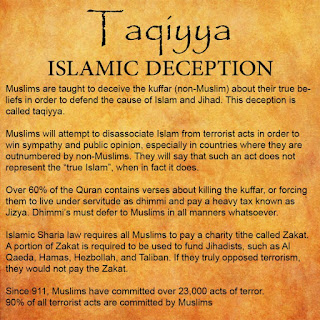 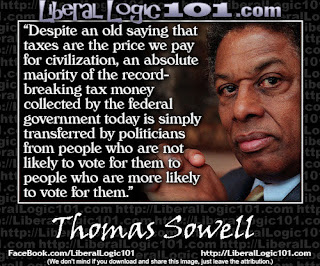 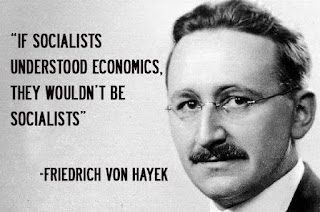 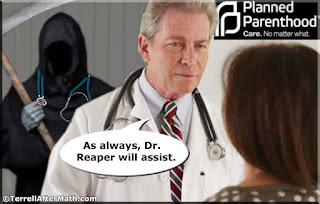 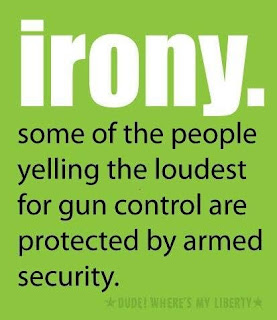 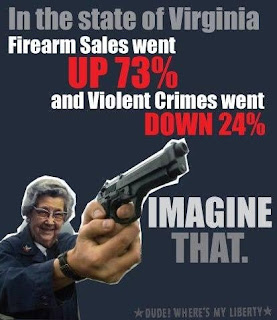 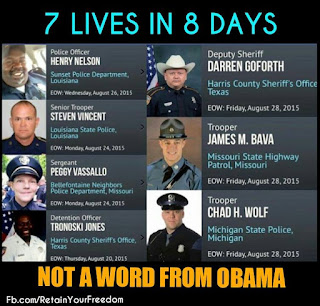 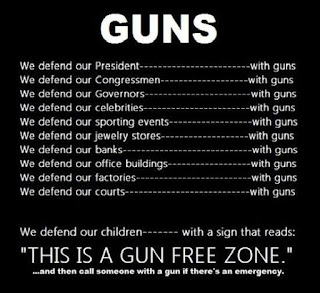 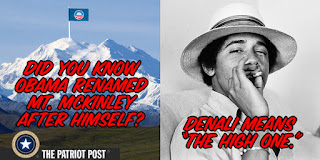 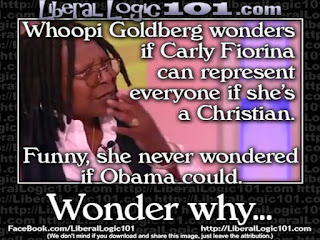 Posted by TartanMarine at 4:35 PM