We took the grandson, Dale, to the Merry-Go-Round at Ella's Deli. I recall taking Britnye there at that age. 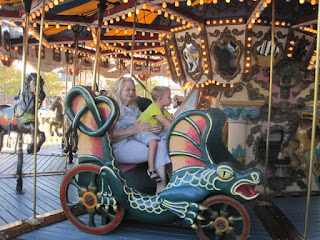 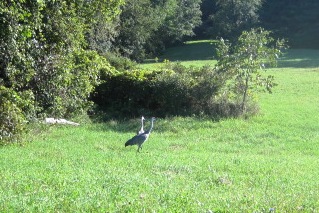 Then on Thursday we took a country drive, saw a huge hawk,  Bonnie got some flowers and we watched Amish kids playing volley ball. 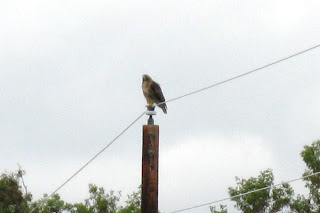 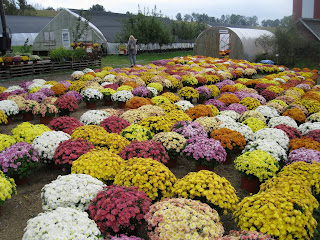 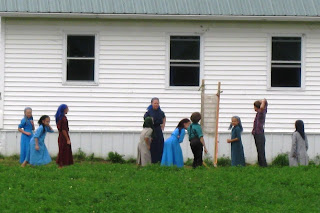 I have decided tests are bad for you. Every time I have one, next thing I know something else is wrong. Had a bone density test and sure enough, now I have osteoporosis. (Another side effect of the prednisone.) ~Bob

Don’t repeat economic disasters of past. By Robert A. Hall
I hardly an expert on Bus Rapid Transit--but at $100 million, it sounds like another progressive boondoggle (see Commuter Rail, Ethanol or Wind Power) that cannot support itself economically, but must be paid for by taxpayers for the benefit of others. The plus side is that all these programs make progressives feel warm and fuzzy, and to them that's worth any cost to other people. So we'll pay for it by a local sales tax, which liberals used to bemoan as  regressive--until they decided it would pay for pieces of utopia. But a sales tax makes goods more expensive in , meaning people who can afford to will drive elsewhere to shop or order goods on-line. That means fewer retail jobs in --and it won't be the upper middle class or the one percent being laid off. Without the economic knowledge and skills to get good results, good intentions are worthless--and often harmful. Economic ignorance led to sign the Smoot-Hawley Tariff Bill starting the trade war that locked in the great depression. Those who don't know economics are condemned to repeat the disasters of the past. (This was published in the WI State Journal, but the link I had was broken. ~Bob)

Book Recommendation: Rocks and Fists:: Decimating the 141st NVA Regiment by Terry A. Williamson (Author), David Bruner (Illustrator)
http://www.amazon.com/Rocks-Fists-Decimating-141st-Regiment/dp/151716091X/ref=sr_1_1_twi_pap_2?s=books&ie=UTF8&qid=1442285573&sr=1-1&keywords=Rocks+and+Fists
A short, well-written history of 3rd Bn, 7th Marines in combat during the "mini-Tet" offensive of 1969 written by a Marine officer who was there. This excellent book will tell you what it was like to be a Marine infantryman in . It would have benefited from tighter editing of a few typos and eliminating the switches from past to present tense in the narrative, but these are minor flaws in an account of battle and heroism that will stay with you. Marines and military history buffs will especially appreciate it. I read it on Kindle, but it's available in paperback as well. I highly recommend it. 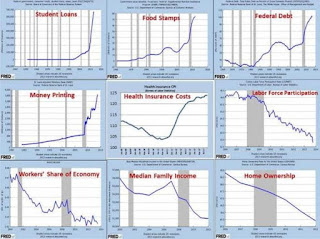 Worth : THE MARINE CORPS - FOR HOW MUCH LONGER? By Andy Weddington, USMC (Ret)
http://acoloneloftruth.blogspot.com/2015/09/the-marine-corps-for-how-much-longer.html

Everyone gets a Trophy: Former Nobel secretary says Obama's peace prize didn't have desired effect
http://www.usnews.com/news/world/articles/2015/09/16/nobel-official-obama-peace-prize-didnt-have-desired-effect?utm_source=jolt&utm_medium=email&utm_campaign=Jolt09182015&utm_term=Jolt
Excerpt: In a break with Nobel tradition, the former secretary of the Nobel Peace Prize committee says the 2009 award to President Barack Obama failed to live up to the panel's expectations. Geir Lundestad writes in a book to be released on Thursday that the committee had expected the prize to deliver a boost to Obama. Instead the award was met with fierce criticism in the , where many argued Obama had not been president long enough to have an impact worthy of the Nobel.

Worth : Versus Outcomes. By Thomas Sowell
http://townhall.com/columnists/thomassowell/2015/09/16/opportunity-versus-outcomes-n2052083/page/full

Why Donald Trump's political trajectory will end in flames. By Cal Thomas
http://www.foxnews.com/opinion/2015/09/15/why-donald-trumps-political-trajectory-will-end-in-flames.html?intcmp=hphz06

Is Obamism Correctable? By Victor Davis Hanson
https://mail.google.com/mail/u/0/?tab=wm#inbox/14fd7c46a7986314
We can only hope, and indeed pray and pray hard, that somehow we elect a true leader in Nov next year, someone who will bring back inclusiveness to the national scene, who will find really excellent advisers and agents, formulate solid, common sense policies that the great bulk of Americans will understand and applaud, and then, bit by bit, start to undo damage and create progress.  It will take years, a lot more than four, so we have to further hope that he/she does well enough to get re-elected in 2020 to continue the healing and building. We have been hurt, and hurt badly, and damage will continue until January 2017.  But all is not lost yet, and this country and its people, properly led, can turn things around.  We can lead from the front again, regain the trust of our allies, and cause our enemies to at least respect our power.  We can turn loose industries to grow and prosper and that tide will float all boats.  And we can, for heaven's sake, get back to defusing racial tensions and everyone just trying to get along, with no more support for divisive ideas and actions coming from the Oval Office and the Dept of Justice.  Maybe we can all just be Americans again.  Heaven help us. --

Says It Is Bolstering Its Nuclear Arsenal
http://www.nytimes.com/2015/09/16/world/asia/north-korea-says-it-is-bolstering-its-nuclear-arsenal.html?ref=asia&utm_source=Sailthru&utm_medium=email&utm_campaign=New%20Campaign&utm_term=%2AMorning%20Brief&_r=0
Remember when President Clinton said:  "Before I take your questions, I'd like to say just a word about the framework with that Ambassador Gallucci signed this morning. This is a good deal for the ," said at the press conference.
" will freeze and then dismantle its nuclear program. and our other allies will be better protected. The entire world will be safer as we slow the spread of nuclear weapons. South Korea, with support from Japan and other nations, will bear most of the cost of providing North Korea with fuel to make up for the nuclear energy it is losing, and they will pay for an alternative power system for North Korea that will allow them to produce electricity while making it much harder for them to produce nuclear weapons. The and international inspectors will carefully monitor to make sure it keeps its commitments. Only as it does so will fully join the community of nations."

Appears to Be Working on Third Airstrip on Disputed Islets: Expert
http://www.nytimes.com/reuters/2015/09/14/world/asia/14reuters-china-southchinasea-airstrips.html?ref=world&utm_source=Sailthru&utm_medium=email&utm_campaign=New%20Campaign&utm_term=%2AMorning%20Brief

'plans forward air operating base' in - US
http://www.bbc.com/news/world-middle-east-34252810?utm_source=Sailthru&utm_medium=email&utm_campaign=New%20Campaign&utm_term=%2AMorning%20Brief

Muslim migrants are converting to Christianity in droves at this German church
http://mashable.com/2015/09/05/refugees-converting-to-christianity/#Wc2D_0FScSkt
Like Zonoobi, most say true belief prompted their embrace of Christianity. But there's no overlooking the fact that the decision will also greatly boost their chances of winning asylum by allowing them to claim they would face persecution if sent home.

And so It begins…ISIS Flag Among Refugees in Fighting the Police [Pictures]
http://news360.com/article/311820821

German highway banner: “Your children will pray to Allah or die!”
http://www.jihadwatch.org/2015/09/german-highway-banner-your-children-will-pray-to-allah-or-die

Islamic State map of countries it plans to dominate by 2020
http://www.jihadwatch.org/2015/09/islamic-state-map-of-countries-it-plans-to-dominate-by-2020

US drops to 16th on 'economic freedom' list, behind ,
http://www.foxnews.com/politics/2015/09/14/us-drops-to-16th-on-economic-freedom-list-behind-canada-chile/?intcmp=hplnws

Worth : ’s Real Refugee Crisis. By Clemens Wergin
http://www.nytimes.com/2015/09/15/opinion/germanys-real-refugee-crisis.html?utm_source=jolt&utm_medium=email&utm_campaign=Jolt09152015&utm_term=Jolt
Excerpt: After World War II, Europeans grew accustomed to the ’ taking the lead in addressing security threats in and around . That has nurtured a complacency in ’s foreign and security posture, the dangers of which have now been fully exposed. With unwilling to act, could no longer pretend that someone else would step in, as happened so often in the past.
The Syrian conflict, and the resulting refugee crisis, should serve as a reminder that ’s foreign policy doctrine of recent decades, a much softer version of the Obama doctrine, urgently needs a reassessment.

Interview with an Islamic State Recruiter: 'Democracy Is For Infidels.' Interview Conducted by Hasnain Kazim
http://www.spiegel.de/international/world/islamic-state-interview-with-an-extremist-recruiter-a-999557.html
No surprises here.  It's a pointless discussion with a total religious fanatic having the narrowest possible view of Islam and the world.  But it does serve to illuminate the kind of thinking that creates and upholds and other varieties of jihadists. --

Worth --WaPo Fact Checker: Carly Fiorina’s claim that the GOP is ‘the party of women’s suffrage’
http://www.washingtonpost.com/blogs/fact-checker/wp/2015/09/15/carly-fiorinas-claim-that-the-gop-is-the-party-of-womens-suffrage/?wpmm=1&wpisrc=nl_politics
Good history on the issue. ~Bob

The Latest: Imposes Gag Order on Attack on Mexicans
http://www.nytimes.com/aponline/2015/09/16/world/middleeast/ap-egypt-mexico-tourists-the-latest.html?_r=0
Excerpt: The latest developments after Egyptian troops mistakenly opened fire on a group of Mexican tourists on a safari in the country's western desert, killing eight Mexicans and wounding six.

. By Mindy Belz, Globe Trot.
Dictator Robert Mugabe over the years employed paramilitary units to confiscate white-owned farmland for black political patrons in a land redistribution scheme I profiled in 2010. It turned Zimbabwe from the “breadbasket of Africa” into an aid-dependent importer of food—but now those black-owned farms are turning to white management in new “joint partnerships” to rescue a beleaguered economy.

The Deal: Can You Hear Us Now? By Peggy Ryan
http://www.americanthinker.com/articles/2015/09/the_iran_deal_can_you_hear_us_now.html#ixzz3lwJSsUSp

Muslim ninth grader arrested for bringing an electronics project to school
http://www.vox.com/2015/9/16/9335793/ahmed-mohamed-irving-bomb-not
Excerpt: Ahmed Mohamed is a ninth-grader in who likes to tinker with electronics. On Monday, according to the Dallas Morning News, he built a simple electronic clock — a project he said took about 20 minutes — and strapped it inside a pencil case. He showed the project to his engineering teacher, who praised the design but advised him not to show it to other teachers. Later, in his English class, the clock beeped while it was in his bag. When he showed the project to his teacher, she thought it looked like a bomb.

Worth Hearing: Is Capitalism Moral?
https://www.youtube.com/watch?v=fJr2RO7g7jI&feature=em-subs_digest

Carly Fiorina wins lots of praise for debate, but she’s not bragging
http://www.washingtonpost.com/politics/carly-fiorina-subdued-in-victory-lap-after-widely-praised-debate-performance/2015/09/17/6f17100c-5d2d-11e5-8e9e-dce8a2a2a679_story.html?wpmm=1&wpisrc=nl_evening

Barack Obama’s Half-Clocked Tale of Islamophobia: As usual, the president assumed Americans are bigots before the contrary facts were in about Mohamed's suspicious-looking device and uncooperative behavior. By Robert Spencer, JihadWatch.org
http://pjmedia.com/blog/barack-obamas-half-clocked-tale-of-islamophobia/?singlepage=true
This more detailed description of the event is really important.  It would not have mattered if the kid who did what this kid did was a girl, White, Christian fundamentalist, the school authorities would have had to act the same way.  It actually looks like he set this up to be an event with cops involved on purpose. -- #TheTruthMatters. ~Bob

WHITE HOUSE INVITES SEVERAL OPPONENTS OF CATHOLIC TEACHING TO GREET POPE FRANCIS
http://www.breitbart.com/big-government/2015/09/16/white-house-invites-trio-catholic-dissenters-greet-pope-francis/
Why in the world would the President pull in a whole coterie of people who oppose Catholic teaching to greet the Pope when he visits the White House?  When he meets the chief honcho from , will he invite the protesters from and to be there as well?  If Netanyahu comes to visit, will he bring the Palestinian protesters to the meeting too? This is just hard to fathom, but it sure isn't good diplomacy, not even good manners. --

Vietnam’s Impossible Bind: How to Stand Up to Beijing
http://www.wsj.com/articles/chinas-world-vietnams-impossible-bind-how-to-stand-up-to-beijing
The fight inside the politburo is whether to try to kiss up to and still avoid being taken over, or to get cozy with the , and risk the pressures to improve human rights.  We can only hope they go for the latter. -

Interesting: Finger-Pointing, but Few Answers, After a Syria Solution Fails. By Peter Baker, NYT
http://www.nytimes.com/2015/09/18/world/finger-pointing-but-few-answers-after-a-syria-solution-fails.html
Excerpt: By any measure, President Obama’s effort to train a Syrian opposition army to fight the Islamic State on the ground has been an abysmal failure. The military acknowledged this week that just four or five American-trained fighters are actually fighting. But the White House says it is not to blame. The finger, it says, should be pointed not at Mr. Obama but at those who pressed him to attempt training Syrian rebels in the first place — a group that, in addition to congressional Republicans, happened to include former Secretary of State Hillary Rodham Clinton.

: Just One of Obama’s Foreign-Policy Failures. By Jonah Goldberg
http://www.nationalreview.com/article/424226/syria-another-obama-foreign-policy-failure-jonah-goldberg?utm_source=Sailthru&utm_medium=email&utm_campaign=GFile09182015&utm_term=GFile

Satire: After Al Qaeda Declares War on Unsure Which Terrorists To Back
http://www.duffelblog.com/2015/09/us-unsure-which-terrorists-to-back/#ixzz3loVqzYiT
Excerpt: “If there’s one thing we’ve learned in the last hundred years,” Secretary of State John Kerry said in a statement following the declaration, “it’s that funding and supplying terrorist groups never backfires. Look at the thriving, first world nation has become in just the last five years. is at least slightly less tyrannical than it would have been without the . And … well, it’s . This strategy will work here, too. We just need to figure out who will turn on us slower.”

Satire: World Begs To Use Military Force in So They Can Bitch About It Later
http://www.duffelblog.com/2015/09/world-begs-us-military-force-syria-bitch-later/#ixzz3m5kBW6k7 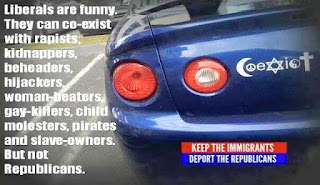 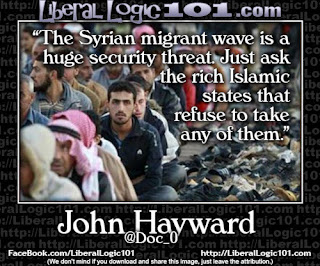 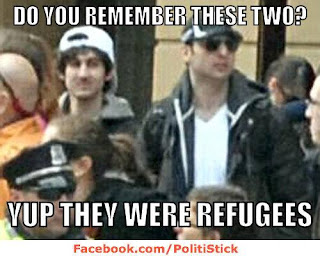 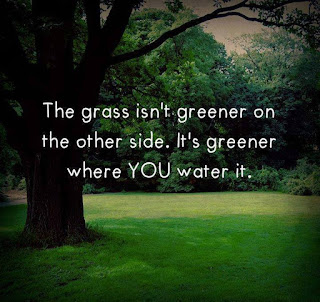 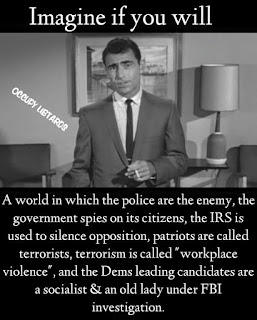 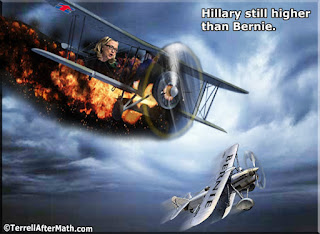 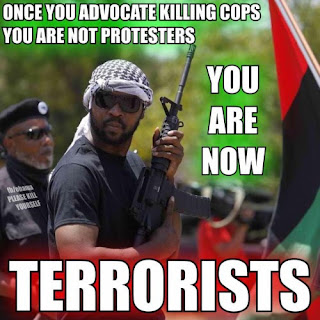 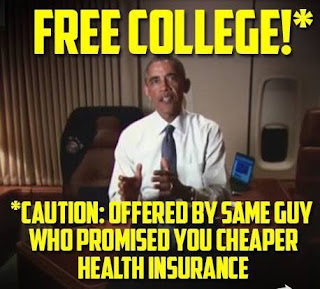 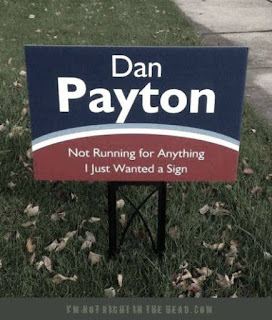 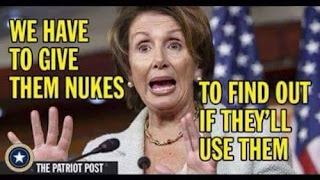 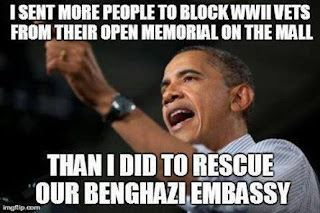 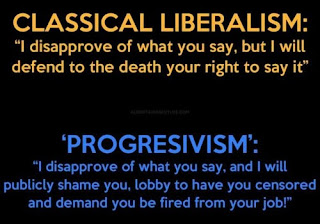 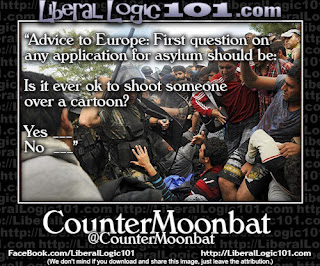 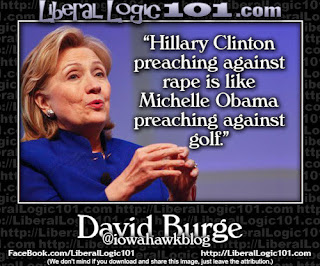 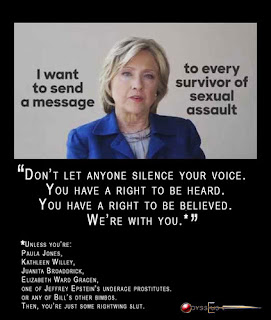 Posted by TartanMarine at 2:02 PM