Some important political news and opinion

Trump on Guns
http://www.ontheissues.org/Celeb/Donald_Trump_Gun_Control.htm
Excerpt: I generally oppose gun control, but I support the ban on assault weapons and I support a slightly longer waiting period to purchase a gun. With today’s Internet technology we should be able to tell within 72-hours if a potential gun owner has a record.

Obama to nominate first openly gay service secretary to lead the Army
http://www.washingtonpost.com/politics/obama-to-nominate-first-openly-gay-service-secretary-to-lead-the-army/2015/09/18/d4b1aafe-5e30-11e5-8e9e-dce8a2a2a679_story.html?wpmm=1&wpisrc=nl_evening
I only hope he's competent. For Obama, race, gender, sexual orientation and party loyalty have always come ahead of competence. ~Bob. OK, so the new Secretary of the Army is gay.  In a way, I wouldn't really care about it, all I care about are actual qualifications to handle the job, but it seems like what Obama's priority was had more to do with being super PC and getting a gay into a high level job involving the military.  More of his "legacy" appointments, the things that are so critical to defining him as the leader who brought enormous change to the nation.  After all, that was the one campaign promise he made that we now understand he meant 110%.  That he would bring tremendous changes to this country. Of course, many of us were thinking along somewhat more positive, constructive lines, for instance, as a Black President, doing so much to heal the rift and defuse racial tensions.  Maybe acting with a foreign policy that reassured our friends and kept our enemies worried.  Maybe decreasing the national debt....  So much for our mistaken fantasies. And we still have 15 months to go, heaven help us. --

Why I Am Boycotting Pope Francis’ Address to Congress. By Congressman Paul Gosar
http://townhall.com/columnists/congressmanpaulgosar/2015/09/17/why-i-am-boycotting-pope-francis-address-to-congress-n2053596/page/full
The congressman says it extremely well, I am with him 100% on all this.  I cannot believe the Pope can be watching all that's going on in the world today, the genocides, massacres, enslavements of so many and Christians in particular, and thinks that he needs to make Climate Change a major part of his message.  Most especially when apparently no one has been able to mention to him that we have 18 years of satellite data demonstrating no significant change in planetary temperature, and that regardless of all the hoopla and propaganda about "consensus", there is a very serious and highly qualified body of scientists who have pointed out again and again the flaws in the arguments about what warming there may be, and above all, what the cause of it might be if there is any such. And oddly, Obama, who absolutely loves the pontiff to death because of his acceptance of this idea, is going to have a number of anti-Catholic activists in the crowd that greets Francis at the White House.  I wonder how the Pope is going to handle that.  Will this be another "who am I to judge" ? -- Maybe he'll say something nice about Planned Parenthood selling body party. ~Bob

SPONSORS PULL OUT FROM ‘THE VIEW’ AFTER NURSE COMMENTS
http://www.breitbart.com/news/sponsors-pull-out-from-the-view-after-nurse-comments/?utm_source=facebook&utm_medium=social
Excerpt: Several sponsors are pulling out from advertisement slots during The View after hosts mocked Miss contestant Kelly Johnson for making a speech in her nurse uniform for the pageant’s talent portion. (Many nurses work long hours that no one else wants, deal with all forms of human fluids, daily risk infection and bodily injury in their duties, and have to communicate with MDs, aides and other hospital staff.  Some work in patients' homes in all sorts of neighborhoods at all hours, 24/7, caring for elderly, often demented patients.  Would like to see these prima donnas of the View step into the nurses' shoes for 24 hours and see what they look/sound like afterwards....  There are Givers and Takers.....Barb)

AUTHORITIES DEFEND SCHOOLBOY'S 'HOAX-BOMB' ARREST. Clock-building Muslim giddy over '15 minutes of fame,' cozies up to CAIR
http://www.wnd.com/2015/09/authorities-defend-schoolboys-arrest-over-clock/#UtUUC4Z3vpusVOFD.99
I hope he doesn't smuggle a bomb into the White house, but it would be Islamophobic to search him. ~Bob

Uh Oh! THIS is What Happened When Ahmed’s ‘Clock Invention’ was Reverse Engineered…
http://toprightnews.com/uh-oh-this-is-what-happened-when-ahmeds-clock-invention-was-reverse-engineered/

Worth : IF WE BURNED ALL THE WORLD’S FOSSIL FUELS TOMORROW GUESS WHAT WOULD HAPPEN TO SEA LEVELS…
http://www.breitbart.com/big-journalism/2015/09/18/burned-worlds-fossil-fuels-tomorrow-guess-happen-sea-levels/?utm_source=facebook&utm_medium=social

Lawmaker: Terror intel manipulation dates back to at least 2012
http://www.foxnews.com/politics/2015/09/19/lawmaker-terror-intel-manipulation-dates-back-to-at-least-2012/?intcmp=hplnws

The Vatican Isn’t Happy About Obama’s Guest List For The Pope
http://dailycaller.com/2015/09/18/the-vatican-isnt-happy-about-obamas-guest-list-for-the-pope/#ixzz3mC3AibYs
Excerpt: While the  hasn’t publicly complained about the guest lineup, an anonymous  official has told The Wall Street Journal they are not happy. According to the official, the  fears Obama is attempting to lure Francis into a photo op where him being photographed next to these activists will be interpreted as an endorsement of their activities, and a repudiation of longstanding Catholic doctrine. This concern is heightened, the official said, because Obama doesn’t appear to have invited anybody to the White House from the  anti-abortion movement, which has very close ties to the Catholic Church. (Ahh, the company we keep....By working secretly with Obama on Cuba and other foreign policies and the UN, the Pope appears to be in lockstep with The Agenda and up for the Nudge shot.  What he really says seems to be misconstrued by the Mass Media on a regular basis to meet the Regime Nudge agenda.  If the  cancels the appearance, gives the message of not wanting to dine with sinners, contrary to a popular bible story where Jesus chided the Apostles for same, so un-Christian.  However, if he lines up for the selfie, then it looks like "Silence gives consent" to their LGBT and gay agendas.  Damned if you do; damned if you don't.  The company you keep.  Most likely should not have accepted an appearance at the WH in the first place, given its obvious alliances. --Barb)

Government To Offer Each New Refugee Thousands Of Dollars In Social Services And Cash
http://dailycaller.com/2015/09/18/each-refugee-to-be-offered-thousands-of-dollars-in-tax-payer-assistance-and-welfare-for-years/#ixzz3mC3um0qa
Excerpt: President Barack Obama initially said he wanted to bring in 10,000 Syrian refugees. The White House is now discussing raising that from 70,000 this year to 85,000 in 2016 and 100,000 in fiscal 2017, administration officials told Bloomberg News. The numbers of refugees appear on track to grow and each refugee is offered a placement grant of $1,850 from the Department of State. (He is POTUS how long per Constitution?  And plans for all of 2016 and 2017.  Writing on the wall.... TRANSFORMATION. --Barb)

Soon You May See This Thin Blue Line Pop Up On a Curb In Your Neighborhood. Here’s What It Means.
http://www.ijreview.com/2015/09/421906-soon-may-see-thin-blue-line-pop-curb-neighborhood-heres-means/?utm_source=email&utm_medium=owned&utm_campaign=morning-newsletter

Whipped in front of a baying crowd, women wait their turn to be punished for having unmarried sex in only Indonesian province to implement Sharia law
http://www.dailymail.co.uk/news/article-3239911/Whipped-baying-crowd-women-wait-turn-punished-having-unmarried-sex-Indonesian-province-implement-Sharia-law.html?ito=social-facebook

Is Obama a Muslim?
I don't think Obama is particularly religious, the only god he really worships is the one he sees in the mirror.  Real narcissists don't need formal religion for much of anything, the only thing of any importance in all creation is themselves.  Clearly he has more affection for Islam than Christianity, and his focus is on being the Fantastic Leader Who Made the New & Glorious USA.  He really believes his own BS, his own "Mission From God", trust me, in his own mind he is a wonderful person who has never really made any mistakes worth mentioning.  The conditioning he got from his socialist grandparents, Frank Marshall Davis, and the other formative influences in his life gave him this vision of the Progressive World that he was going to bring about.  And that's what he's been doing, with all the positive feedback from people around him that anyone could ever need.  Being incredibly ignorant and arrogant just makes it easy for him to go on his merry way, no matter what happens. I wonder if there will ever come a day when some of the things he's done actually bring on the disasters that I fear, like the Iranians with nukes, and there's finally a wave of screaming and blame at him, will he possibly have any kind of second thoughts?  Offhand I doubt it, I think his mind is armored beyond any possibility of entertaining some kind of reflection about possible fallibility.  But I hope to live long enough to see the books finally come out that very publicly dissect him as the worst President in our history. -- Well, when gives nukes to terrorists, and Obama is living in splendor in NYC.... But notice how the liberal press overreacts to anyone suggesting Obama is a Muslim? Must be they think it's an insult. ~Bob

Quote
No one every listened themselves out of a job. --Calvin Coolidge

Hoax: 80% of refugees from war-torn aren’t from at all
http://www.jihadwatch.org/2015/09/hoax-80-of-refugees-from-war-torn-syria-arent-from-syria-at-all

This Test From 1912 Will Definitely Stump A Of You
http://www.viralnova.com/old-test/
Excerpt: ...(Y)ou should try out this old test from 1912. See if you can pass it, because it's much harder than you might think. Oh, and it was written for students in the eighth grade. (Holy, uh, crow. This test will shake your confidence in your own learning. Some questions are difficult to read, especially the math questions because of the nature of the typing, but all the practical questions are just that–practical applications of knowledge to do everyday things. Folks, this test is hard. I think I might’ve gotten 15 to 17 answers right, though I’d probably lose points for completeness, and I could spell, define or use in a sentence most of the words in the initial group. Remember that in the early part of 1912, neither Arizona nor New Mexico were yet states, the USA was still officially "at war" with some of the Indian tribes, the electric light bulb was less than 50 years old, the sun never set on the British Empire and Queen Victoria had only died a few years earlier, the War to End All Wars was two years in the future, commercial radio didn’t exist, and the Wright brothers had just invented a heavier-than-air powered airplane only a bit over 9 years ago. The fastest way to cover any distance over 50 miles would’ve been by railroad. Germ theory was not yet completely accepted by medical men, and antibiotics were unknown. Kentucky was then, as now, one of the poorer states, and about half of all children not in the major urban areas would stop going to school after they completed the 8th grade–and a good many didn’t make it that far. [Note that though their schooling may have stopped, most would continue to learn, as they had time, on their own.] Those who did continue to High School and college became engineers, doctors, lawyers, or preachers. Most school teachers had completed High School, but the requirement was that they had completed 8th Grade or "normal school." Tests like this one indicate why the standards of the time allowed the society to be productive and considered "well-educated" as a whole. --Ron P. 100 years ago we taught Latin and Greek in high school. Today we teach remedial English in college. Progressive education, don't you know. ~Bob) 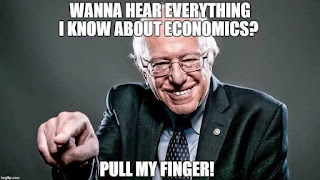 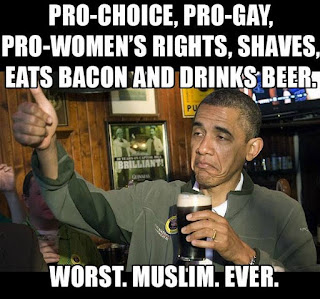 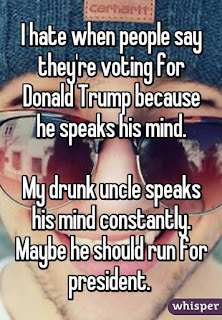 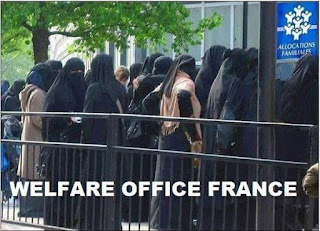 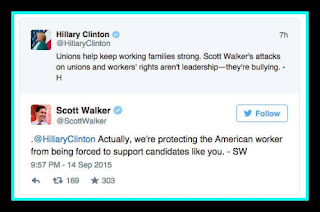 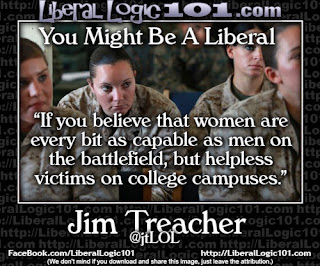 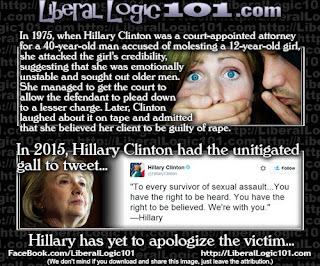 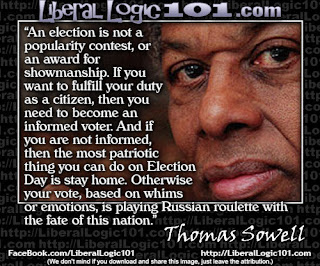 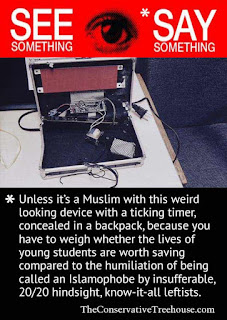 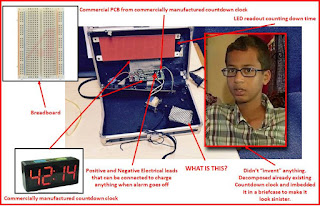 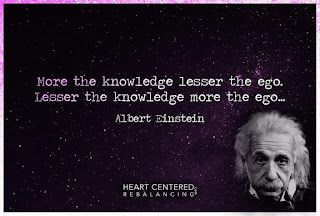 Trump and Obama both have uncontrolled egos...

Posted by TartanMarine at 4:10 PM