Worth Readings items I've been saving

Too Funny; Must See: Klintonerdämmerung. By Tim Donovan
https://www.youtube.com/watch?v=Prls6Iz3B3E
I know Tim. ~Bob

Worth : The Artful Dodgers. By Lynn Ashby
http://htexas.com/blogs/the-artful-dodgers

Worth : Contra Media Spin, It’s Hillary Who’s Being Investigated, Not Her Server. By Jonah Goldberg
http://www.nationalreview.com/article/422523/hillary-clinton-fbi-investigation-email-server?utm_source=jolt&utm_medium=email&utm_campaign=G-File08142015&utm_term=GFile

The Unknowns
http://www.theunknownsmovie.com/
This is the trailer for an upcoming movie on the Tomb of the Unknown Solider. The trailer is worth a watch, and we all should see the documentary movie when it comes out. --

Worth : Enshrines a Theology of Rape
http://www.nytimes.com/2015/08/14/world/middleeast/isis-enshrines-a-theology-of-rape.html?action=click&pgtype=Homepage&region=CColumn&module=MostViewed&version=Full&src=mv&WT.nav=MostViewed&_r=1
Excerpt: In the moments before he raped the 12-year-old girl, the Islamic State fighter took the time to explain that what he was about to do was not a sin. Because the preteen girl practiced a religion other than Islam, the Quran not only gave him the right to rape her — it condoned and encouraged it, he insisted. He bound her hands and gagged her. Then he knelt beside the bed and prostrated himself in prayer before getting on top of her.

Worth : The Trump Catharsis. By Victor Davis Hanson
http://townhall.com/columnists/victordavishanson/2015/08/13/the-trump-catharsis-n2037867/page/full
Excerpt: Trump preps little. He has no real agenda. And he makes stuff up as he goes along. For such a brawler, he has thin skin, smearing his critics, often in creepy fashion. How can a former Democrat, once a pro-choice, pro-amnesty liberal and a supporter of single-payer health care, remain the godhead of the conservative base for weeks on end?

The Phenomenal Incoherence of Donald Trump. By Rich Lowry
http://www.nationalreview.com/article/422519/donald-trump-policy-positions-incoherent?utm_source=jolt&utm_medium=email&utm_campaign=Jolt08142015&utm_term=Jolt

Jerry Brown Gives Trump Another Boost in the Polls
http://www.barenakedislam.com/2015/08/11/thank-you-jerry-brown-governor-of-california-for-giving-donald-trump-another-boost-in-the-polls/
Wow, every time you think they've done all the stupid PC things possible, they come up with something new.  But Lenin and Goebbels did say that controlling the use of words leads to controlling thinking, and that's what you want to do with people, get in their heads and install your controls.  (Same idea as explained in Orwell's "1984")  If there are no "aliens", no "illegals", then no one can be upset about them, can they? --

Trump and the Auto Bailout
http://www.nationalreview.com/corner/265246/trump-and-auto-bailout-robert-verbruggen?utm_source=jolt&utm_medium=email&utm_term=Jolt&utm_campaign=Jolt08122015

ISIS Organizing Small Armies Inside
http://news.investors.com/ibd-editorials/081215-766280-new-jersey-case-reveals-isis-organizing-small-armies-inside-america.htm?p=full
There are all those nice people chanting "Islam is a religion of peace", and of course for the bulk of Muslims, that's true.  But what a minority, a passionate, hateful, violent, and very intense minority can do within a society is only too well known in history.  There weren't many Bolsheviks, there weren't that many people supporting Napoleon initially, there weren't that many Germans voting for National Socialism, Pol Pot and his men were a tiny minority, and so on.  Some kinds of movements that tap into the passion or hatred or fears or aggressiveness of a limited number of people can bring on real messes over time. In the I am sure that somewhere between 95 and 99% of young Muslim men are not about to start growing their beards and planning massacres.  But the events of the past several years leave no doubt at all that this kind of mental infection of radical jihadism does exist and continues to move through the Muslim communities.  Not taking this seriously would be like not taking outbreaks of smallpox or plague or Ebola seriously.  If it means informers in every mosque, and close watch on e-mails and blogs, then that is what must be done.  Muslims who are against all this must come forth or be recruited to help find the sick ones among them.  Some of this may be unpleasant, but the reaction to a Mumbai style attack in a city with dozens if not hundreds of innocent people murdered would be much worse. The guys are masters at propaganda and recruiting electronically, and the imams, some local, who preach Islamism and demand Sharia Law feed into the situation.  Countering these influences is critical, with whatever forms of outreach to the communities are possible, but with as much concentration on finding the crazies before they start pulling triggers or pressing detonators as possible too.  This is a difficult time, but we can only get through it by being careful and protecting the innocent. --)

WaPo Fact Checker: Kerry’s claim that Bush offered ‘way beyond’ what Obama negotiated. By Glenn Kessler
http://www.washingtonpost.com/blogs/fact-checker/wp/2015/08/13/kerrys-claim-that-bush-offered-iran-way-beyond-what-obama-negotiated/?wpmm=1&wpisrc=nl_politics
Excerpt: Kerry is significantly mischaracterizing the position of the Bush administration in 2008. He suggests Rice signed a “proposal” that includes the prospect of retaining the ability to enrich uranium—and continuing advanced research on centrifuges. But that’s not the case at all. Instead, the letter was an effort to set the parameters of possible discussions — which never took place. The Bush administration was certainly interested in negotiations – but it wanted to suspend enrichment first and then give up its capacity to enrich in exchange for participating in an international fuel bank. The Obama administration may have a valid case for the deal. But it should not reinvent diplomatic history. We wavered between Three and Four Pinocchios, but ultimately settled on Three. Three Pinocchios

Vets Take On Obama Over Deal. By Josh Rogin
http://www.bloombergview.com/articles/2015-08-10/iraq-vets-take-on-obama-over-iran-deal

Dennis Prager Just Dropped an Atomic Bomb on This Nuclear Deal With
http://www.israelvideonetwork.com/dennis-prager-just-dropped-an-atomic-bomb-on-this-nuclear-deal-with-iran/?omhide=true&utm_source=MadMimi&utm_medium=email&utm_content=Dennis+Prager+Just+Dropped+an+Atomic+Bomb+on+This+Nuclear+Deal+With+Iran&utm_campaign=20150804_m126816780_8%2F04+Today%27s+Israel+Connection%3A+Dennis+Prager+Just+Dropped+an+Atomic+Bomb+on+This+Nuclear+Deal+With+Iran&utm_term=prager-US-vote_png_3F1438663012

Hillary Clinton and the Perks of Being Powerful
http://www.nationalreview.com/article/422468/hillary-clinton-email-investigation-criminal-charges?utm_source=jolt&utm_medium=email&utm_campaign=Jolt08132015&utm_term=Jolt

Tweet from David Mullin‏@RD_Mullin
If @HillaryClintion went to prison, would the Secret Service protect her there?

Do Republicans Even Care What Conservatism Is Anymore? By Jim Geraghty, Morning Jolt
http://www.nationalreview.com/newsletters
In mid-August 2011, Rick Perry was the frontrunner for the GOP nomination. He led every national poll from mid-August to late September. Of course, the following six months turned out to be one of the most tumultuous periods of any presidential primary in recent memory: Herman Cain led some polls -- he reached 27 percent in one survey -- followed by Newt Gingrich, and before the primaries were done, Rick Santorum was the frontrunner for several consecutive polls. At one point, Michele Bachmann was in second place nationally. In February, one poll had Ron Paul in second place with 21 percent of the vote. Of course, Mitt Romney never trailed that badly, and ended up winning the nomination. Perhaps Donald Trump will be remembered as another Cain or Gingrich. But one striking contrast is that Cain and Gingrich were indisputably conservative. Sure, Gingrich had some out-there ideas and Cain could be pretty open about his inexperience in foreign affairs, but their views, statements, and actions during their long public careers clearly put them on the right side of the political spectrum. This doesn’t apply to Donald Trump. The criteria of the Trump fans strike the rest of us as bewildering, because there’s no past or present deviation from conservative philosophy that seems serious enough to get them to say, “Whoa, whoa, whoa . . . maybe I’ve got the wrong guy here.”

Armed Black Panthers March In : ‘Off The Pigs’ (Video)
http://www.breitbart.com/texas/2015/08/12/armed-black-panthers-march-in-waller-count-texas-oink-oink-bang-bang/

Worth : “Where do the loyalties of two current Muslim members of Congress lie?”
http://www.jihadwatch.org/2015/08/where-do-the-loyalties-of-two-current-muslim-members-of-congress-lie
Excerpt:  So asks the Daily Caller, and adds: “The Koran forbids allegiance to non-Muslim authority, preventing these congressmen from serving two masters at once. As the Koran dictates Islam is in a perpetual war against all infidels until a sharia-dominant world is established, which master do they then serve in this conflict?”

‘Lord Of The Rings’ Actor Blasts Political Correctness: ‘We Have Lost Our Moral Compass’
http://www.breitbart.com/big-hollywood/2015/08/12/lord-of-the-rings-actor-blasts-political-correctness-we-have-lost-our-moral-compass/

Worth Seeing: Was the Civil War About Slavery?
https://www.youtube.com/watch?v=pcy7qV-BGF4

How dark were the dark ages
http://www.prageruniversity.com/History/How-Dark-Were-the-Dark-Ages.html#.Vc5TfflVikp

Hero Marine Nailed for Secret Email: What Did He Do That Hillary Didn’t? By Michael Daly, Daily Beast
http://www.thedailybeast.com/articles/2015/08/14/hero-marine-nailed-for-sending-classified-report-from-personal-email.html
Excerpt: could still become president after her email scandal, but a decorated Marine is being forced out over one classified report he sent to avert a disaster. No matter how much classified material is found in her personal email server, Hillary Clinton will no doubt continue campaigning to become our next president.

Devastating secret about the deal Obama is desperately trying to hide
http://allenbwest.com/2015/08/bombshell-the-2011-secret-about-the-iran-deal-obama-is-trying-to-hide/

Deal or no deal? By Rabbi Richard A. Block
http://thehill.com/blogs/congress-blog/foreign-policy/250950-deal-or-no-deal
Excerpt: In the face of growing, bi-partisan opposition in Congress and in public opinion polls when conducted objectively, the administration’s battle for the nuclear deal’s survival is understandably all-hands-on-deck. With President Obama’s speech at , however, the campaign tactics took a shrill, ugly turn. The new approach is: Take no prisoners. To hear the president tell it, there are no reasonable people who disagree. The deal’s opponents are uniformly knee jerk, partisan alarmists, armed with tens of millions of dollars; they’re ignorant, dishonest, fantasists, fear-mongers, and warmongers. This exercise in vilification was unfair and unseemly.

Worth : Understanding Why the Email Matters
http://hillarydaily.com/peter/2015/08/10/understanding-why-the-clinton-email-matters/

Is a Haven for Criminals
http://www.jewishworldreview.com/0815/saunders081315.php3
Excerpt: "I am not remiss to say that from Washington, D.C., to Sacramento, there is a blood trail to Marilyn Pharis' bedroom," Santa Maria, California, police Chief Ralph Martin charged last week. On July 24, two burglars allegedly broke in to Pharis' home as she slept. They sexually assaulted and beat her. Pharis, 64, a U.S. Air Force veteran, died in the hospital Aug. 1. It turns out that one of the two men charged for the crime, Victor Aureliano Martinez Ramirez, 29, is an undocumented immigrant against whom Immigration and Customs Enforcement issued a detainer in 2014. Ramirez has pleaded not guilty. (I have a friend who's lived in for many years, I was just there a couple of months ago.  It's a nice little CA town, surrounded by strawberry fields and vineyards.  But the sanctuary policies of CA caught up to a nice older lady in the dark of the night, who went to bed in her own home, feeling safe.  Another great story about the people we allow to sneak in and stay here, and the criminals among them.  How far do the numbers have to go for all the crimes committed by illegals before the politicians feel enough pressure to actually take serious steps to protect US citizens? --)

We must be free to hurt Muslims’ feelings
http://www.spiked-online.com/newsite/article/we-must-be-free-to-hurt-muslims-feelings/17291#.Vc9UJ_lVikp

OOPS! Two Leaders Step on THEIR OWN MINES!
http://patriotnewswire.com/2015/08/oops-two-isis-commanders-step-on-their-own-mines/# 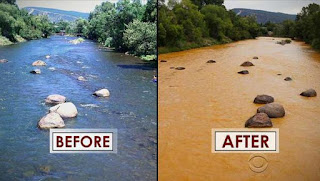 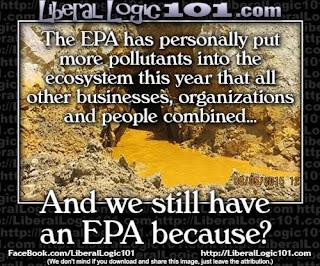 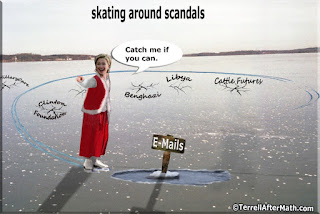 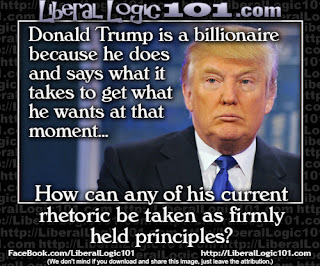 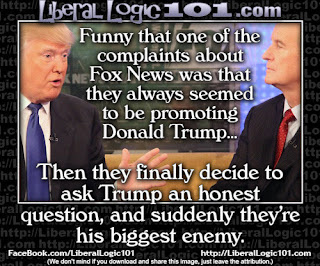 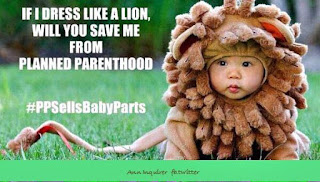 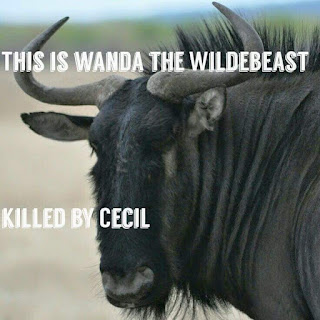 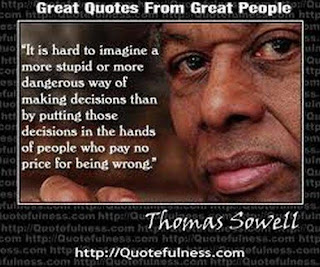 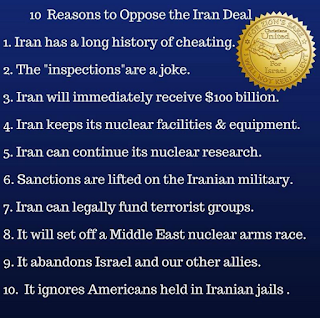 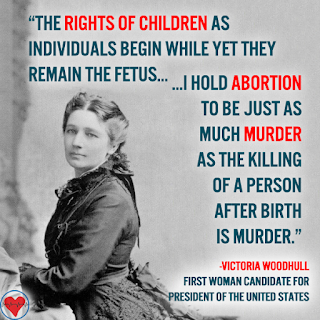 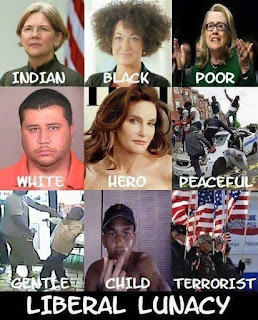 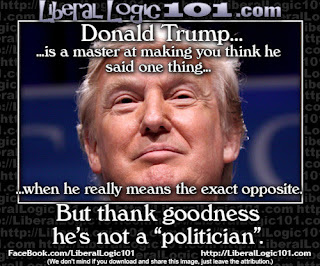 Posted by TartanMarine at 10:55 AM