Some political items that are worth seeing

As readers may know, I serve on the Veterans Advisor Committee for the Madison VA Hospital. At the August meeting on Tuesday, we received the following information which may be of interest to those following the VA issues. ~Bob

Worth : How we got to Trumpism. By Jennifer Rubin
https://www.washingtonpost.com/blogs/right-turn/wp/2015/08/10/how-we-got-to-trumpism/?wpisrc=nl_popns&wpmm=1

Worth Seeing: Don't cry for me,
https://www.youtube.com/watch?v=33i_BAhuiE0

Worth : Why Immigration Doesn’t Work Like It Used To. By Tom Kratman
http://www.everyjoe.com/2015/08/10/politics/immigration-doesnt-work-like-it-used-to/#1
Tom Kratman is a retired USA LtCol, an occasional contributor to this blog, and an outstand author of military science fiction, including the A Desert Called Peace series. http://www.amazon.com/Desert-Called-Peace-Carrera-Book-ebook/dp/B00B5HJOFY/ref=sr_1_1?ie=UTF8&qid=1426715332&sr=8-1&keywords=Peace+Kratman ~Bob

Important: How Much Do We Owe? $72 Trillion And Counting. By John C. Goodman
http://www.forbes.com/sites/johngoodman/2015/08/07/how-much-do-we-owe-72-trillion-and-counting/
Did I mention that a collapse is coming? ~Bob

WaPo Fact Checker: Trump’s bogus claim that he never said ‘some of the things’ claimed by Megyn Kelly
http://www.washingtonpost.com/blogs/fact-checker/wp/2015/08/11/trumps-bogus-claim-that-he-never-said-some-of-the-things-claimed-by-megyn-kelly/?wpisrc=nl_politics&wpmm=1
The Pinocchio Test: Trump should think twice before challenging the research of a major news organization. There is ample evidence for each of the slurs against women uttered or tweeted by Trump. Perhaps he has a point that he attacks once he is provoked, but there is little doubt that the over-the-top language cited by Kelly was correct. Four Pinocchios.

Trump Is Not The Answer To Your Problem
http://justcommonsense-lostinamerica.blogspot.com/2015/08/trump-is-not-answer-to-your-problem.html?utm_source=feedburner&utm_medium=email&utm_campaign=Feed%3A+blogspot%2FMoXTa+%28Lost+in+America%29
Excerpt: I am totally perplexed by the posts on FB and other message boards championing Donald Trump and demonizing Megyn Kelly for asking Trump about his previous comments on women. If you've posted praise for Donald Trump, I'm sorry but my estimation of you just went way down.

Hillary Clinton is trying to end questions about her private e-mail account. It won’t work. By Chris Cillizza
http://www.washingtonpost.com/news/the-fix/wp/2015/08/10/hillary-clinton-is-trying-to-end-questions-about-her-private-e-mail-account-its-not-going-to-work/?wpisrc=nl_politics&wpmm=1

When Muslims Burn Jews Alive. By Daniel Greenfield
http://sultanknish.blogspot.com/2015/08/when-muslims-burn-jews-alive.html?utm_source=feedburner&utm_medium=email&utm_campaign=Feed%3A+FromNyToIsraelSultanRevealsTheStoriesBehindTheNews+%28from+NY+to+Israel+Sultan+Reveals+The+Stories+Behind+the+News%29
Recently in there was an attack by some radical Jews who set some Arabs on fire.  A terrible crime, and the Israeli authorities have gone after the perpetrators.  It has gotten enormous publicity across the world and led to all kinds of huge denunciations of .  It is the first time any such attack has occurred, and all Israelis are condemning it. But while so many outside are having field day condemning for this single crime by people rejected immediately by everyone else, it seems no one notices the long, consistent pattern of Muslims burning Jews.  A practice that gains the perpetrators honor and grants of money by Hamas and the PA. Keeping a little balance about atrocities no matter who commits them would be nice. --

Sex Slaves, Beheadings and Twitter Terrorism: One Month of Islam in : June 2015. By Soeren Kern
http://www.gatestoneinstitute.org/6226/beheadings-twitter-terrorism

Iraqi archbishop: US more concerned about image of Islam than victims of persecution
http://www.jihadwatch.org/2015/08/iraqi-archbishop-us-more-concerned-about-image-of-islam-than-victims-of-persecution

Illegal Arrested in Rape and Hammer Slaying of Veteran. By Cathy Burke
http://www.newsmax.com/Newsfront/illegal-immigration-rape-murder/2015/08/07/id/669120/?ns_mail_uid=2559712&ns_mail_job=1631091_08082015&s=al&dkt_nbr=6rcbuz73
OK, so here is the latest in the long list of nasty crimes committed by illegals.  But of course there's really nothing going on here, just move along folks.  After all, we're a nation of immigrants, aren't we? Well, not exactly like too many of the ones coming in today.  As the son and grandson of immigrants, that line about needing to accept every warm body that manages to sneak across the border just bounces my blood pressure up.  Those who came in legally, and back when the amount of social system support they got from their new home was ZERO, cannot be compared to the ones who break in repeatedly, accumulating rap sheet entries, drive drunk, no insurance, and commit crimes from shoplifting to murder.  The only sad benefit of this news is that it keeps everyone aware of the fact that we have a very serious problem that our politicians have been shying away from any serious efforts to fix or even lessen significantly.  I'm hoping the pressure just keeps building until it becomes impossible to do anything but support really closing the border and really finding, prosecuting, and expelling all those who've engaged in anything like serious crimes here. )

Jordanians “will join Islamic State because they learned in school that this is Islam”
http://www.jihadwatch.org/2015/08/jordanians-will-join-islamic-state-because-they-learned-in-school-that-this-is-islam

“The Islamic State is like a dream come true for me and all Muslim people”
http://www.jihadwatch.org/2015/08/the-islamic-state-is-like-a-dream-come-true-for-me-and-all-muslim-people

Obama: Netanyahu's 'Interference' in US Affairs 'Unprecedented'
http://www.israelnationalnews.com/News/News.aspx/199201#.VcbyDflViko
In interview to be aired Sunday night, Obama suggests no other foreign leader has 'injected himself' into a  affair like Netanyahu has. If I remember history, in 2010, under Obama's invite:
Mexican president slams immigration law before Congress
http://thehill.com/blogs/blog-briefing-room/news/98907-calderon-condemns-ariz-immigration-law-in-joint-session-speech-to-congress
People thought it shocking he should interfere in a state's laws and complain to Congress, especially considering how  treats immigrants. (From email forward)

Courtesy of Obama’s Nuclear Deal: Iranians Visiting a Nuclear Plant Near You?
http://pjmedia.com/claudiarosett/courtesy-of-obamas-nuclear-deal-iranians-visiting-a-nuclear-plant-near-you/

Half of Cuban men's field hockey team 'defect to ': Eight players from Pan American games squad desert teammates in
http://www.dailymail.co.uk/news/article-3175487/Half-Cuban-men-s-field-hockey-team-defect-United-States-Eight-players-Pan-American-games-squad-desert-teammates-Toronto.html
Guess they didn't hear that Obama has normalized relations because is no longer terrorist or dictatorial. ~Bob

Sandra Bland Protest: All White People Should Be Killed
http://www.breitbart.com/texas/2015/08/09/sandra-bland-protest-all-white-people-should-be-killed-with-video/?utm_source=facebook&utm_medium=social

19 people were shot this weekend in Brooklyn
http://nypost.com/2015/08/03/residents-blame-de-blasio-for-crime-in-crooklyn/

Afterthoughts On The First Debate
http://justcommonsense-lostinamerica.blogspot.com/2015/08/afterthoughts-on-first-debate.html?utm_source=feedburner&utm_medium=email&utm_campaign=Feed%3A+blogspot%2FMoXTa+%28Lost+in+America%29

Meet 7 Dangerous Iranians Who Will No Longer Be Sanctioned
http://dailysignal.com/2015/07/23/meet-7-dangerous-iranians-who-will-no-longer-be-sanctioned/?utm_source=twitter&utm_medium=social&utm_campaign=thftwitter

'They're not going to get away with this': Anger mounts at EPA over mining spill
http://www.foxnews.com/us/2015/08/10/navajo-nation-aims-to-sue-epa-over-devastating-mining-spill/?intcmp=hpbt1

Besides Being A Bard, Shakespeare May Have Been A Stoner
http://www.npr.org/2015/08/10/431136355/besides-being-a-bard-shakespeare-may-have-been-a-stoner?utm_source=Sailthru&utm_medium=email&utm_term=%2AMorning%20Brief&utm_campaign=New%20Campaign
Scientists have found cannabis in fragments of several pipes found in William Shakespeare's garden. The clay pipes date to early 1600s, meaning he might have been smoking more than tobacco.

“There are areas where Swedish law no longer applies”
http://www.jihadwatch.org/2015/08/there-are-areas-where-swedish-law-no-longer-applies

UK racing against time to head off Islamic State plot against Queen
http://www.jihadwatch.org/2015/08/uk-racing-against-time-to-head-off-islamic-state-plot-against-queen

NEXT PRESIDENT - DAY ONE IN THE OVAL OFFICE. By Col. Andy Weddington, USMC (Ret.)
http://acoloneloftruth.blogspot.com/2015/08/next-president-day-one-in-oval-office.html

Who won the Civil War? The state of education in .
http://safeshare.tv/w/oHbxeOtsOP
Thank a teacher's union and tenure. ~Bob

Immigration
I had heard about this some time ago, when I was wondering how we wound up with substantial settlements of Somalis in .  Interviews with them that I have seen have shown an interesting set of responses to questions, in which they are very happy about the prosperity and freedom and safety they find here.... yet they identify more with being Somali and Muslim than with being Americans.  And there have been problems because of their religious convictions, cab drivers refusing to take people with dogs or bags of liquor bought on overseas trips, people demanding time out of the work day to pray, and of course, a strong preference for Sharia Law rather than US laws. Bringing people into this country who are not coming voluntarily to join the society here, as has been the way for the great bulk of immigrants who came and made this country what it is, and who believe they have a right to come here and basically maintain whatever value system and cultural values they wish (including the horrible "female circumcision") is just a very bad idea.  It's only a slight exaggeration to say it amounts to a form of mini-invasions. As the child and grandchild of immigrants, I am certainly not against immigration, but only for people who want to come here and are fully prepared to assimilate.  We just had the immigration oath changed so that people no longer have to swear to defend this country if called upon, which has been the way of it for many, many years.  This is specifically to accommodate people who feel they cannot or should not make such a promise.  Why do we want them to come here then? People will look at the video below and listen to the lady and some will do the knee-jerk "Racist!" claim.  But it's not about race or religion as such, it's simply about what kind of people we should be accepting to come and live in this country with the rest of us and the society and laws we have.  I have no bias against Muslims, or Jews, or Buddhists, or atheists.  I only want to insist that if you want to come live in , you must be ready to accept this society and join in with the rest of us.  If that is too much to ask, then such people need to find somewhere else to live where they can be as insular and private and run their lives exactly the way they wish. --
https://www.youtube.com/embed/6PzT8vEvYPg 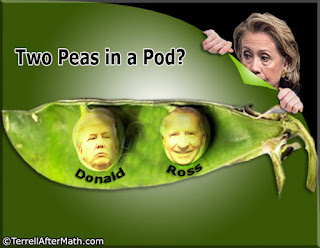 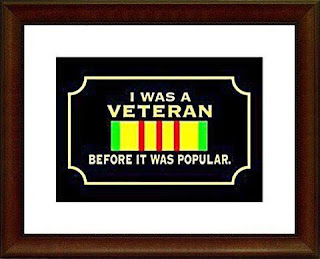 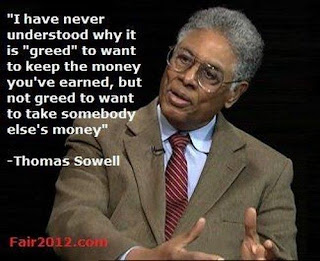 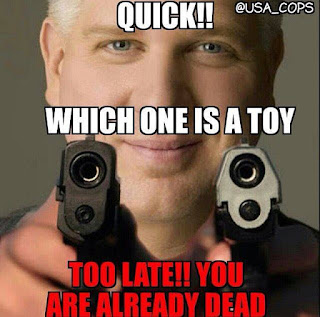 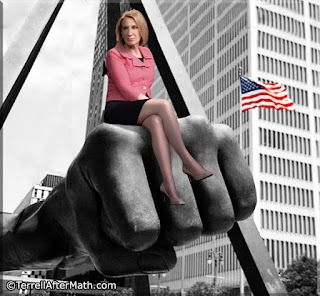 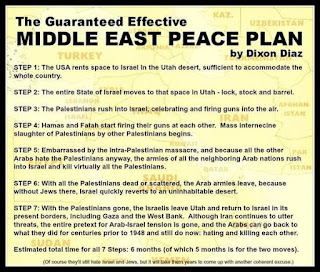 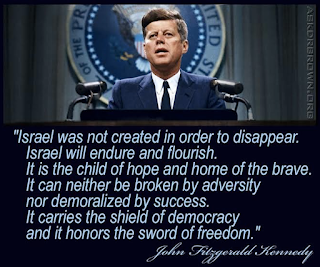 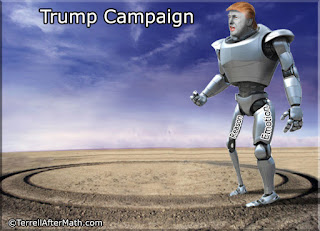 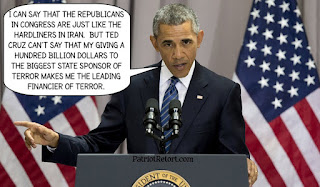 Posted by TartanMarine at 7:52 AM