What I did on my summer vacation--with pictures

What I did on my summer vacation--with pictures

This was our first vacation in a while, unless you count a couple of days in for a family funeral this spring. The last time I was this far from home was in November of 2012 at the AAHKS Conference in .

Let me start by apologizing to the dozens of friends in and we just didn't have time to get to see. The trip took 16 days, and 7+ days of that we were on the road. We covered 2,978.8 miles, Bonnie driving and me using my BiPAP or Nebulizer in the car. Luckily we love Books on CD, though finding ones we both like can be a challenge. No way to fly. In addition to the expense, I have too much in medical equipment, supplies and pill boxes I have to carry. The medical routine--except for physical therapy--went with me.

Driving to to see Bonnie's dad, a Marine vet took two days. Ted will turn 86 in August. He has decided to finish his life on his terms. Has stopped taking his meds and going to the doctor. Like me, he has steroid-induced diabetes, but eats what he wants and smokes a lot. We went to a store and he bought three gallons of chocolate milk, a box of ice cream bars and a try of frosted mini cupcakes! 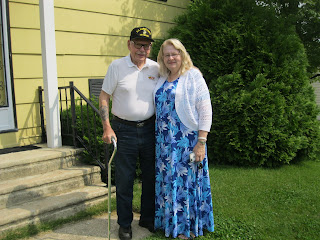 We spent a couple of days with him, mostly talking--and eating. (We love the crab cakes at the G&M Restaurant, his favorite.)

We then drove to Philly to see Britnye's dad, Otto, who is in the hospital. He has leukemia. He looks good but has lost weight. They are trying to get him well enough to have a bone marrow transplant.

Then over to NJ to visit Cathy and Chas. Cathy was a work colleague of Bonnie, and then worked for me as office manager at NAPNAP. She has been battling cancer for five years. She looks well, but the issue is in doubt. 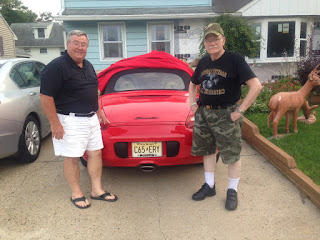 We stayed at our friends Bonnie and Mike that night. Mike also has a toy, a Caddy version of the Corvette, with a retractable hardtop. 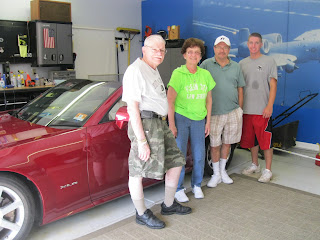 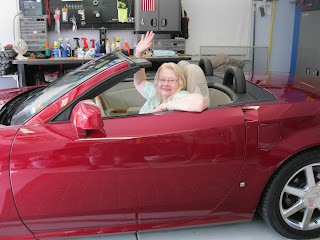 The next day we drove by my grandparents old house in Collingswood, 940 Maple Avenue, where my dad and Uncle Frank grew up 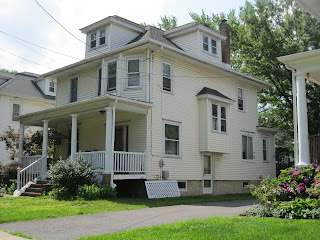 Then went to their condo down the shore for a couple of days, stopped to see Cousin Bill, his wife Marilyn and son Jason, First time in years. 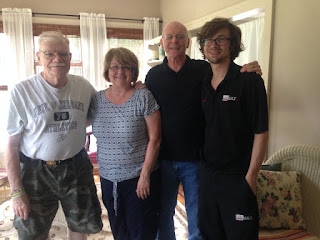 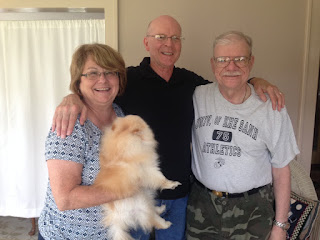 Felt like yesterday with Bill. We were playmates as kids.

Spent two days at the shore, which is pretty much like I recalled it from my childhood in NJ: beach, ocean, boardwalk, water ice, seafood. Found a great restaurant called Baia. 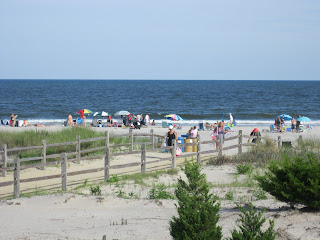 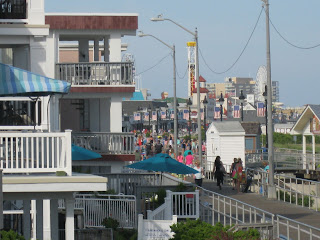 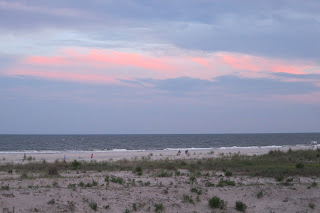 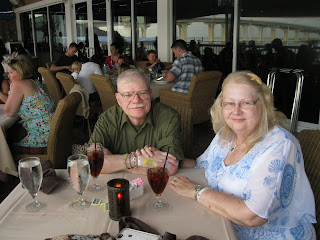 Then we drove to and spent three days with my brother Tom and his family, Kim, Meg and Cori. Been awhile since we saw them. Went to an outdoor concert at a vineyard. 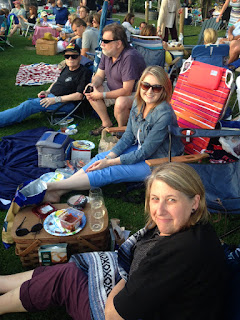 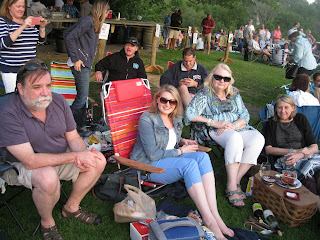 Saturday they had a cookout at their house to celebrate Tom's upcoming 60th birthday. 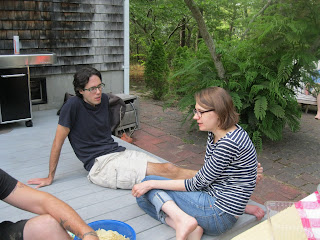 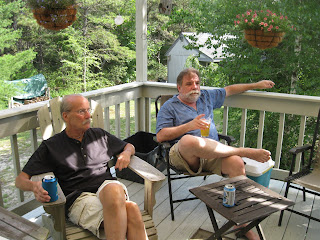 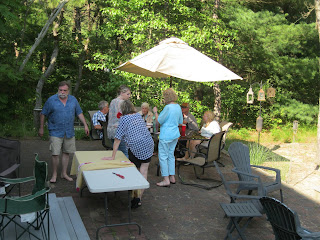 Monday we went into , had lunch with former Senate President Bill Bulger in Southie, and then visited the State House. Saw the Senate Clerk, Bill Walsh, who worked in the clerk's office in my time, and met the current Minority Leader, Sen. Bruce Tarr. 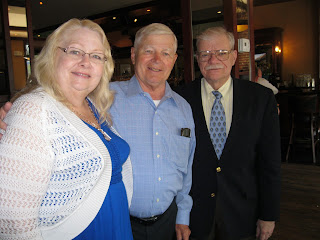 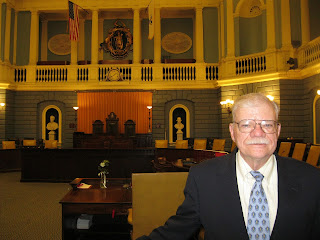 On the way west, we stopped to have dinner with Ron "Count" Pittenger, a close Marine buddy I met at Lejeune in 1964. 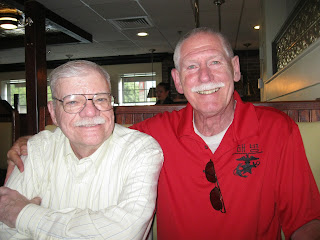 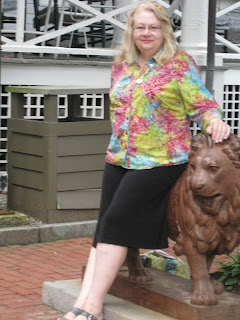 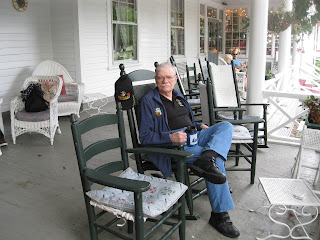 That night we stopped in Stockbridge, MA. Next morning we had breakfast at the Red Lion Inn, formerly owned by the late Sen. Jack Fitzpatrick, and then toured the Norman Rockwell museum. After that we drove across NY through the mountains to when I lived in 8th grade. (We thought about , but the time and extra distance would have added a day.)

The next morning we drove around (my memory isn't perfect after 56 years) until we found the huge house my dad had rented. It had four ways to get to the kitchen from the front door. Down the hall, through the parlor to the left, through the parlor to the right, and up the stairs then down the back stairs. The people who own it now have restored it--it was a mess for awhile. Bonnie knocked on the open front door and the woman let us in. 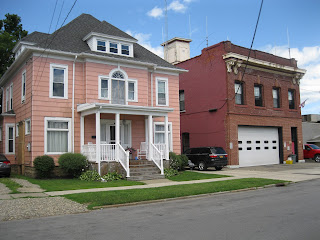 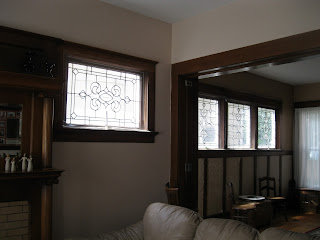 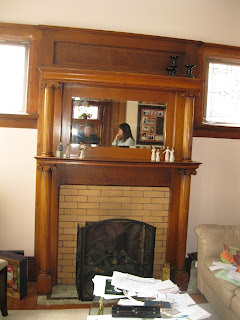 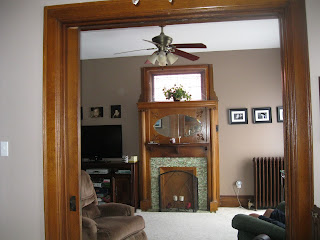 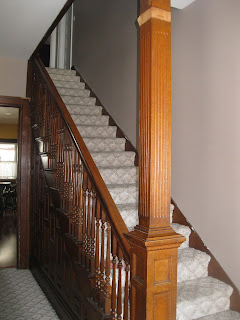 From there it was two days to . Had a great sunset the night before we got home. 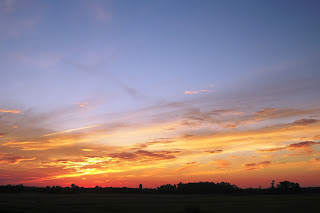 We were happy but tired. My health held up well, FEVs down a bit as being outside a lot made me cough and I had a build up mucus in the lung. All in all a great trip, that went pretty much as planned.

~Bob
Posted by TartanMarine at 4:10 PM