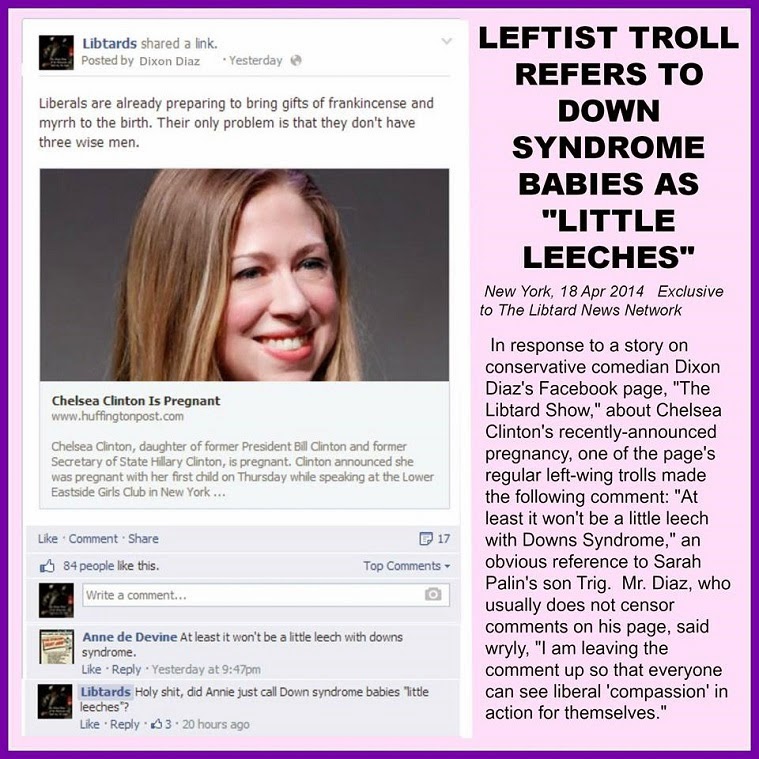 
Dixon Diaz has a page called "The Libtard Show." I disapprove with using the term "libtard." as name calling makes us no better than them. In this case, it is also offensive to many people who wish to stop use of the word "retarded" (which once as the word of choice to replace the offensive "feeble minded). Nevertheless, there is a report that she wrote a piece on 's baby posted on her Facebook page. A troll named Anne de Devine posted this comment: "At least it won't be a little leech with Down's Syndrome." Doubtless a reference that Sarah Palin didn't abort Trig, as liberals, supporting planned parenthood's goal of reducing the "unfit" (minorities and the mentally challenged) think proper. Now that's offensive. I once danced with a teenage dancer in who had Down's Syndrome. She was a lovely, happy person and a better dancer than most--she was not a leech to be destroyed before birth. ~Bob
Posted by TartanMarine at 9:12 AM