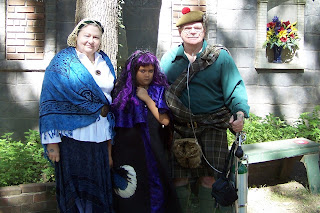 That magical time of year has come when, here in Chicagoland, the entire family gathers around the hearth, joins hands, and offers up the traditional prayer: “For Heaven’s Sakes, Send Us Global Warming Now!”

Yes, the frost is on the pumpkin—and every damn thing else left outside. But that doesn’t stop us from sending you this long-awaited and eagerly anticipated Holiday Greeting. So, without further ado, Merry Christmas, Happy Hanukah, A Blessed Winter Solstice to our secular friends, or any other political-correct seasonal greeting you prefer—we wish it to you. Except winning the lottery—we’re wishing that for ourselves, thank you.

This has been an unusual year. We didn’t move, which doubtless comes as a shock to family and friends, but we’ve been enjoying our little condo here in Des Plaines, Julie and Granddaughter Britnye have been enjoying our larger condo in Madison, WI, and Dale and Grandson Austin have remained in Central Pennsylvania, hopefully enjoying where they are living.

Britnye turned ten in September, and remains the light of our lives. In July we took her to the to relive Bob’s childhood. It was a short visit, so apologies to friends and family we didn’t get to see. We spent four days in the oceanfront condo of our friends Bonnie and Mike, who were very kind to put us up. We did the sandcastle, jump the waves, fly kites, bikes on the boardwalk, Italian Water Ice thing. Then a day at with Britnye’s Dad, Oto, and a day at the Philadelphia Zoo while Bonnie visited her son, Dale, and we popped home.

Britnye has been a frequent visitor to . Over Labor Day we took her to the terrific Bristol Renaissance Faire (See photo). Bonnie made both Brit’s witch’s costume and Bob's feile mor (great kilt). We had a grand time.

Work is going well for both of us. Bob's association set both membership and conference attendance records for the third year in a row. The good news is that Bob’s been Executive Director for just three years. The bad news is they are starting to figure out that it’s all due to his terrific staff. Bonnie continues to find her job challenging and enjoyable. All this is good, looking at Social Security and the economy. For eventual retirement, Bob is planning on setting up on a sidewalk with a laptop and a sign that says, “Will write Sonnets for Food” while Bonnie makes fancy clothing.

Health has been a bit of a challenge. Bob’s interstitial fibrosis, first diagnosed in June of 2006, developed into full pulmonary fibrosis and he was forced to go on Oxygen this past June. On the plus side, he’s been feeling better for the O2 usage, he gets a handicapped parking sticker, and Bonnie can always find him by following the hose around the house. And we are both on diets, the docs having gotten downright threatening. But given that we have several dear friends battling cancer, we still feel pretty fortunate.

Thanks mostly for being in our lives, however distant some are. Though our condo is small, we still love company. Don’t be a stranger. And the best of New Years to you and yours.

Bob and Bonnie Hall
Posted by TartanMarine at 8:00 AM