My Summer Vacation - with pictures!

Bonnie and I took out grandson Dale (6), granddaughter Britnye and her friend Kaitlyn (both 17) on our vacation August 7 to 20.

The first night we stopped at a Day's Inn in in Ohio (best motel of the trip). At the desk I met Rachel a Seminole Indian and her baby Pieo Pieo. The baby's father is Nez Perce, so the baby is too. I have long admired Chief Joseph of the Nez Perce, so it was cool to meet someone with a connection to the tribe.

The next night we stopped in Pittsburgh to visit Bonnie's son, also Dale. We went to the zoo and enjoyed the day. 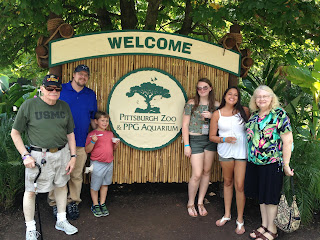 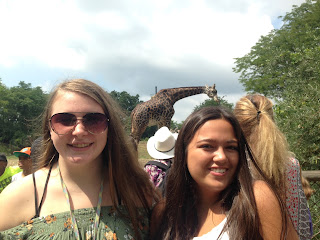 Big Dale in the blue shirt. Brit in the white top. Then we went down to Baltimore to visit with Bonnie's 89 year old dad, Ted, also a Marine vet. He has not been doing too well. 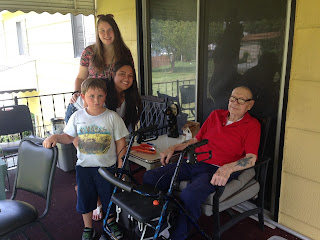 We spent a day at the Inner Harbor. Toured the USCGC Taney, last survivor of Pearl Harbor, and the Constellation, a frigate launched in 1854. By which time it was obsolete, as steam was coming in. (The weird hat keeps the sun off my neck, as I'm at risk for skin cancer.) 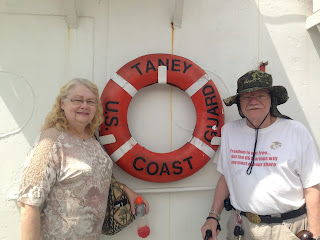 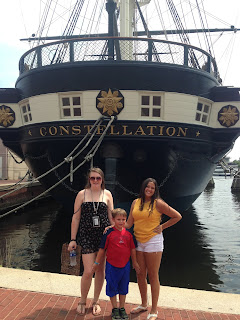 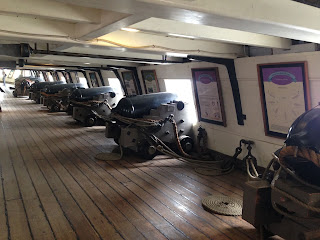 Then we went to south Jersey where I grew up. My friends Bonnie & Mike (on the end at the Italian Affair Restaurant) put up the girls for two night in the lovely home that Mike has renovated in the country. 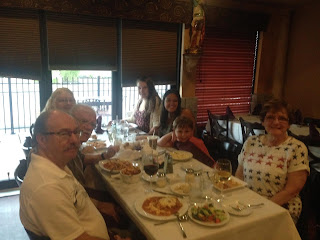 We saw my old stomping grounds, including the house I lived in in 3rd and 4th grade at Lake Gilman. I had my own rowboat to visit friends, no life jacket. dad was caretaker in the summer and the house was his pay. It's a nice lake, but it was bigger when I was a kid. 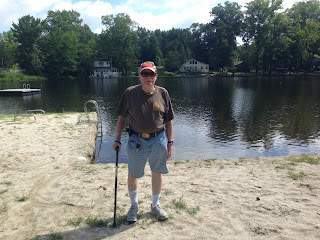 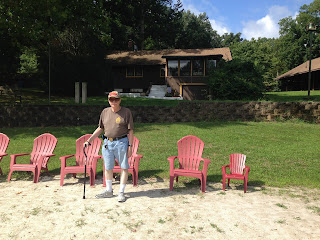 Next we went "Down the Shore" as Jersey folks say. we stayed in Absecon, west of Atlantic City, but spent three days on the Ocean City beach and boardwalk. We had great beach weather. 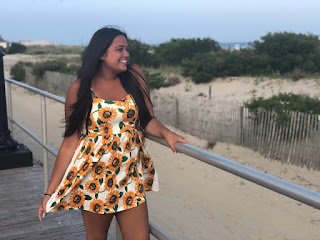 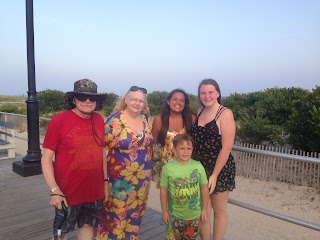 Dale had never gone swimming in an ocean, and we couldn't get him out. he loved the boogie board we got him, kept begging to go back in. 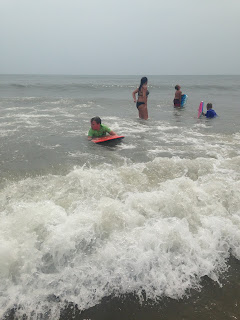 A family that goes every year built a huge sand castle. 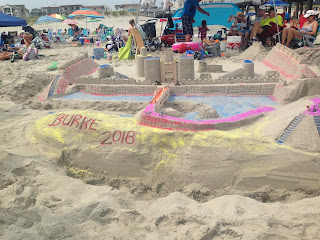 We had dinner one night with the Honorable Peter and Julie Masnik. Peter was in the Massachusetts Legislature with me, now lives in NJ. History buff. Great people to talk to. Wish we could see them more often. 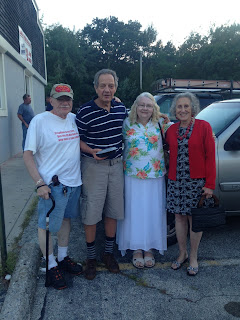 On Saturday, we went to Cape May, where I had to give the eulogy for my best friend from high school, Charles Hofmann, who dies from a fall in December of 2015. 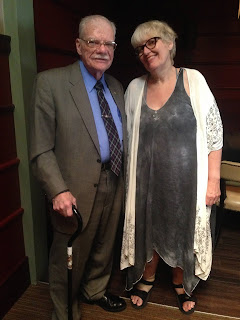 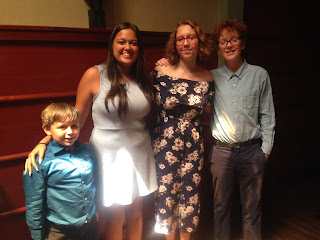 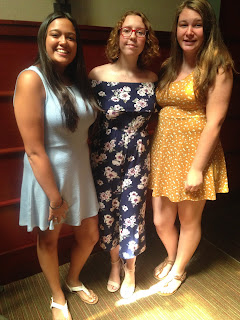 The three teen girls hit it off.

and then it was time to come home. The credit card needed a rest. ~Bob
Posted by TartanMarine at 7:07 PM