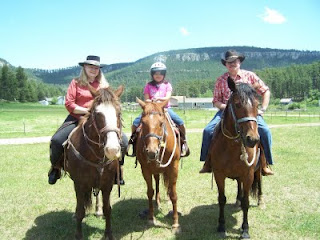 Well, there’s a sharp tang in the air here in Chicago, the land that global warming forgot, so it must be the Holiday Season. Yes, we approach the Winter Solstice, when in a grand old tradition, school children celebrate the “Winter Festival,” lest they offend anyone.


Oh, a few Churches and Synagogues insist on “Merry Christmas” or “Happy Hanukah,” but most folks have joined the brave new world, and like Best Buy, just say “Happy Holidays.” (Best Buy did wish Muslims a “Happy Eid Al-Adha,” but that was PC.) Besides, too much religion spoils the traditional commercialism of the season. We hope you’ve heeded the call to help the economy by spending more. A few years ago, Americans were criticized for saving too little, thus jeopardizing the future. Now they are saving too much and spending too little, thus hurting the recovery. Get with it, people!

Anyway, we knew your "Winter Festival” wouldn’t be complete without Bob & Bonnie’s Winter Solstice Newsletter (formerly “Christmas Newsletter” before the Great Light came to the land), so here it is. Enjoy.

We've moved again—like that’s news. We started the year completely debt-free, but concluded that with the government printing money and the possibility of Zimbabwe-style inflation, being debt-free probably wasn’t the way to go. So in June we bought a small condo in the Chicago area. It’s larger than our old apartment, has two full baths, a fireplace, a garage (Yeah!) an in-unit laundry (Whoopee!), is in walking distance of a great downtown, and in a nice traditional neighborhood. We got it about $70k below the appraisal, and even inherited a lovely grandfather clock with it. We commute together four miles to work, in a small SUV. Eat your heart out over that carbon footprint, Al Gore.
So now we are property barons, having installed Daughter Julie and Granddaughter Britnye in our other condo in Wisconsin. We think supporting two households is the best we can do for the recovery. Fannie Mae bought our new mortgage from Wells Fargo, so if we default, you’re paying for it!

The week after we closed, we took off for the Black Hills of South Dakota, to replicate our terrific vacation of four years ago, but this time we took Britnye with us. She loved it all, the ice-cold lake, buffalo and begging burros of Custer State Park, the Badlands, Mount Rushmore and especially horseback riding in the Black Hills. We went back to Paradise Valley Stables in Nemo, and the owner, a Marine vet, took us out alone two days in a row for two-hour rides. He showed Britnye Indian graves and old gold mines. It was the best part of a great trip. (see photo.)

Bob still loves working for the association he manages. For the second year in a row, it set membership and conference attendance records—not bad for this economy. This was entirely due to the hard work of his terrific staff, but don’t tell his Board. Bob has them convinced it’s his brilliance.

Bonnie is still working for a foundation and enjoys the work. Bonnie’s 40th high school class reunion was this summer and she had a great time seeing all her former accomplices. They even made her Queen. She still wears the crown and allows Bob to wait on her.

Our health isn’t perfect, but is holding. Bob just had an allergy panel. Turns out he’s allergic to ragweed, pollen, hickory, dust mites and cockroaches, but not cats. So Bonnie can keep her pets, but he has to get rid of his. Bonnie said if it came down to him or the cats, she’d choose him. Probably.

Britnye continues to be a delight, doing well in school, learning chess and giving her mother grief. What more could grandparents ask? Her mom, Julie is also still in school, chasing a social work degree. Bonnie’s son Dale and grandson Austin remain in Central PA, so we don’t see them much.

And the cats, Montrose, Marmalade and Tom, are all well and enjoying life.

So from our house to yours, the best of Winter Festivals and a blessed New Year.

Pray for our troops, that ever-thinner line between us and the Osama bin Ladens, Khalid Shaikh Mohammeds and Nidal Milak Hasans of this troubled world.


Posted by TartanMarine at 7:00 AM